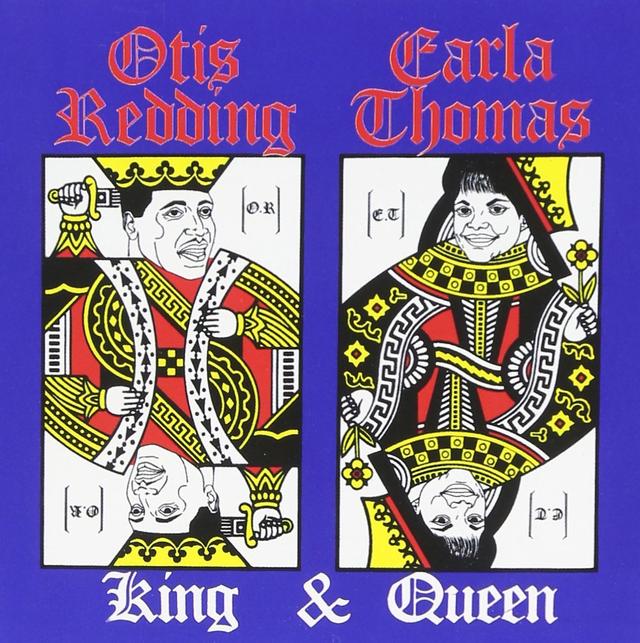 49 years ago today, two legends of R&B released one of the greatest duets albums of the 1960s, but for all its acclaim, it would prove to be the only album they ever did together.

The idea for Otis Redding and Carla Thomas to team up for King & Queen came from the mind of producer Jim Stewart, who could only see it as a positive move for both artists’ careers and sensed that the blend of “rawness and sophistication” respectively possessed by the voices of Redding and Thomas would be a beautiful thing. (That Marvin Gaye had found success along the same line with Tammi Terrell probably entered into it a bit, too.)

Depending on who you believe, King & Queen either took three days or six days to record, but however long the sessions required, the resulting album featured 10 covers and a new number entitled “Ooh Carla, Ooh Otis,” which – believe it or not – was written specifically for the album by Redding and Al Bell. The first single, “Tramp,” was a top-40 pop hit (#26) and a top-10 R&B single (#2), and the second single, “Knock on Wood,” achieved the same, hitting #30 and #8, respectively.

As we all know, the reason King & Queen was the only collaboration between Redding and Thomas is that Redding was killed in a plane crash at the close of 1967, but his death led to an extended popularity for the album and the release of one more single, “Lovey Dovey,” which hit #21 on the R&B chart and #60 on the Hot 100. Thomas continued her recording career for a few more years, but only a short time into the ‘70s, she stepped away from music, and although she has done live dates since then, she has thus far resisted the temptation to attempt any sort of comeback album.

And why should she feel like she needs to? With a classic album like this in her back pocket, Carla Thomas is a legend…and she’s been one for the better part of half a century.

King & Queen
THIS IS THE NODE PLAYLIST BOX TEMPLATE