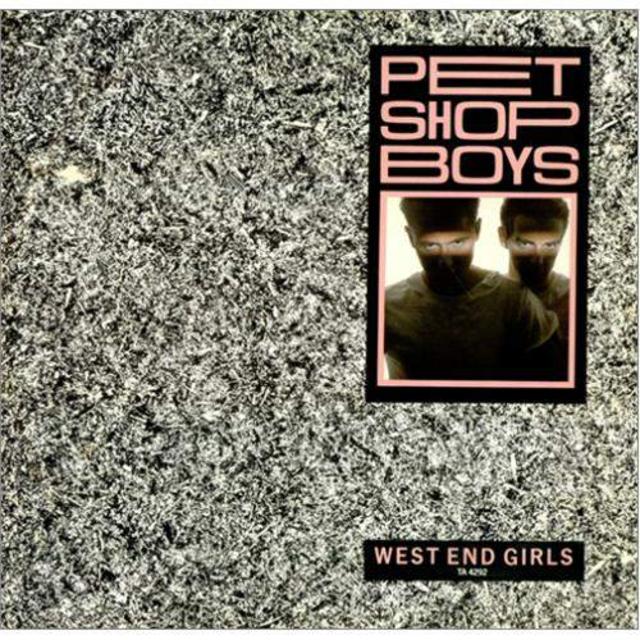 If you’re at all familiar with the origins of Neil Tennant and Chris Lowe and how they came to join forces and become the Pet Shop Boys, then you may already know this story, but during the duo’s earliest days, they crossed the pond and recorded the better part of a dozen songs with famed producer Bobby Orlando in New York. On April 9, 1984, “West End Girls” saw its initial release on Bobcat Records, and while it wasn’t a huge hit by any stretch of the imagination, it nonetheless became a club hit in L.A. and San Francisco and caught a few ears in a few other countries as well. Still, it ultimately wasn’t much more than a blip on the radar for most music fans.

Once the Pet Shop Boys secured their contract with EMI in 1985, however, they revisited the song with producer Stephen Hague, along with several other tracks from the Orlando sessions, including future hit singles “Opportunities (Let’s Make Lots of Money),” “It’s a Sin,” and “Rent.” It was the new version of “West End Girls” that really put the Boys on the map, though, topping the charts in the US, UK, and Canada while also hitting the top five in Germany, Sweden, Switzerland, the Netherlands, Australia, and Austria. Who would’ve thought so many people would’ve found themselves charmed by a song that started out with the lines, “Sometimes you’re better off dead / There’s a gun in your hand and it’s pointed at your head”?

In closing, we can’t help but observe a weird bit of serendipity that went down earlier today: the Onion A.V. Club’s latest offering for their recurring “Undercover” feature, where bands are challenged to come into the publication’s offices and play a cover song from a list of choices, features Gwar tackling – you guessed it – “West End Girls.” The scheduling was completely by chance, of course, but talk about your funny coincidences…