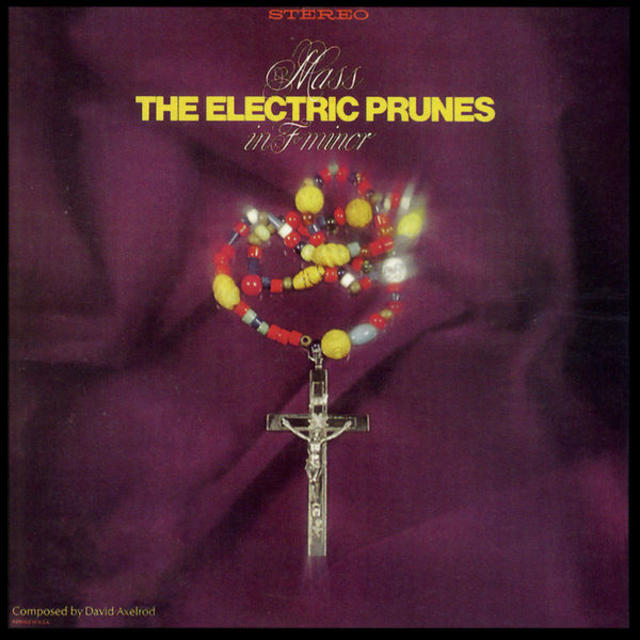 50 years ago this month, The Electric Prunes released their third LP, a religious-based rock opera that was in a whole other realm from hits like “I Had Too Much To Dream (Last Night)” and “Get Me To The World On Time.”

The story of The Electric Prunes is a true cautionary tale about what can happen to a band when they’re not in control of their own destiny. When The Electric Prunes signed with producer Dave Hassinger’s company, Hassinger wasn’t interested in following the psychedelic path that the band had begun traveling with their previous album, 1967’s UNDERGROUND, he was interested in commercial success. Admittedly, this would seem to be a reasonable-enough goal, and given that UNDERGROUND had topped out at #172 on the Billboard 200, it was clear that something needed to change if the band was going to get back into the business of shifting mass units.

This, however, did not seem to be the predominant interest of the band’s manager, Lenny Poncher, who was responsible for putting arranger David Axelrod in charge of The Electric Prunes’ next album. And after listening to the album, it becomes abundantly clear that Axelrod – wrote and arranged the entire thing – wasn’t interested in it, either.

MASS IN F MINOR combined classical music, Gregorian vocals sung in Latin, and psychedelia, resulting in a fascinating amalgam that makes for enthralling listening. Unfortunately, the members of The Electric Prunes weren’t able to master Axelrod’s compositions as quickly as the established timetable required, which resulted in the band getting assistance from a Canadian group called The Collectors. (They later evolved into the band Chilliwack.)

In Richie Unterberger’s liner notes for the reissue of MASS IN F MINOR, bassist Mark Tulin remarked on the The Electric Prunes’ struggle with the situation. "I like and respect Dave Axelrod," said Tulin. "I think he's a brilliant musician and he greatly helped expand my musical knowledge. However, he wasn't us. We were a 'known entity' plugged into an outside concept; a means to someone else's end. Trouble was, we were a band, not an inorganic artificial product that could be manipulated at will."

You may know the album’s opening track, “Kyrie Eleison,” from its appearance in Easy Rider, but unless you’re a diehard Electric Prunes fan, you may well be unfamiliar with the album in its entirety. Although MASS IN F MINOR did succeed in besting the commercial success of its predecessor by climbing to #135 on the Billboard 200, it scored no hits on the Hot 100, and before the year was over, The Electric Prunes had disbanded. Mind you, that didn’t really change a great deal for Hassinger, who owned the rights to the band’s name and was able to put together an all-new Electric Prunes lineup for further recording and touring. But the original members of the band were gone, so it just wasn’t the same.

If you’ve never heard MASS IN F MINOR, it’s well worth a spin. It’s definitely an out-there album, but as we noted earlier, it’s an absolutely enthralling listen.

More on The Electric Prunes