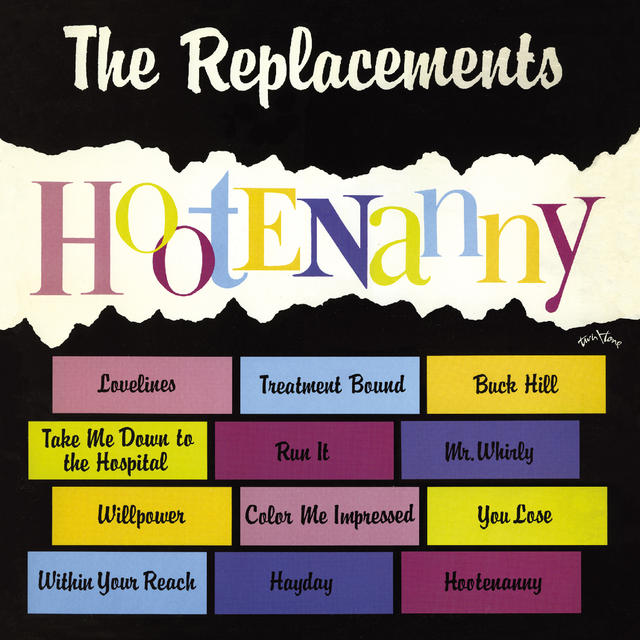 35 years ago this week, The Replacements released their sophomore album, which was a slightly less ramshackle LP than their debut and one which is still a whole lot of fun.

Recorded predominantly in “a warehouse in some godawful suburb north of [Minneapolis],” according to the liner notes of the album (it was actually the Stark/Mudge Mobile Unit warehouse in Brooklyn Center, Minnesota), HOOTENANNY is actually a more mature work than their debut album, SORRY MA, FORGOT TO TAKE OUT THE TRASH, although you might be hard pressed to realize it without listening to the two albums back to back. In fact, the ‘Mats had gone through a bit of reorganization, musically speaking, with Paul Westerberg playing drums and taking lead vocals, Chris Mars playing lead guitar, Bob Stinson on bass, and Tommy Stinson on rhythm guitar.

Oh, and just to explain the use of the word “predominantly,” two of the songs – “Run It” and “Within Your Reach” – were recorded at Blackberry Way Studios, while “Treatment Bound” was recorded in the Stinsons’ basement.

While The Replacements’ chart success was still a fair while in the future, Westerberg referred to the results as “the first album that sounds like us.” Critics loved HOOTENANNY, with the album being ranked at #30 on The Village Voice’s annual “Pazz & Jop” poll, and it’s clear that Cameron Crowe was listening, because in a few years’ time, “Within Your Reach” would receive prominent placement in Say Anything… Listening to it now, you won’t be surprised that the album didn’t set records with its sales figures, but you also won’t be surprised that it’s revered as a classic.