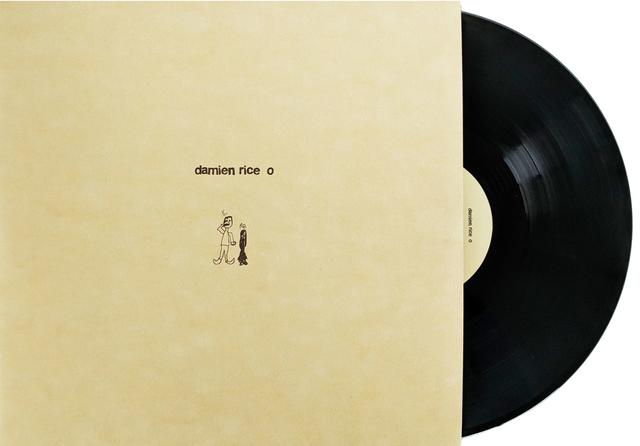 Back in the dark ages, i.e. before streaming became a big deal, the most substantial way for new artists to break it big was via word of mouth, which is precisely how Damien Rice first managed to find substantial success with his 2002 album, O. Now, Rhino is reissuing Rice’s breakthrough album and not only are we expanding it, but we’re also putting it out on vinyl for the first time.

You may remember O from its singles, which included “The Blower’s Daughter,” “Cannonball,” and “Volcano.” They’re all still here, of course, along with the nine other tracks from the original album, but this new 16-track edition now includes “The Professor & La Fille Danse” and “Moody Monday,” which were the B-sides to “The Blower’s Daughter”; “Lonelily,” which appeared on a limited-edition 7” release of “Moody Monday” in 2004’ and “Woman Like a Man,” which was recorded live in a session at Galway Bay FM.

In addition to this 16-track version, we’d be remiss if we didn’t also mention that there’s a deluxe limited edition version as well, which contains two 180-gram hand-numbered LPs housed in a bespoke, clothbound hardback book featuring the lyrics to the album and a full color booklet of the original O artwork. The only thing to keep in mind is that this is limited to 1,000 copies and can only be purchased from Rice’s website, which – conveniently enough – can be found at www.DamienRice.com.

As for the standard version, here’s the full track listing for the 2-LP set, and just remember: it’s in stores now!