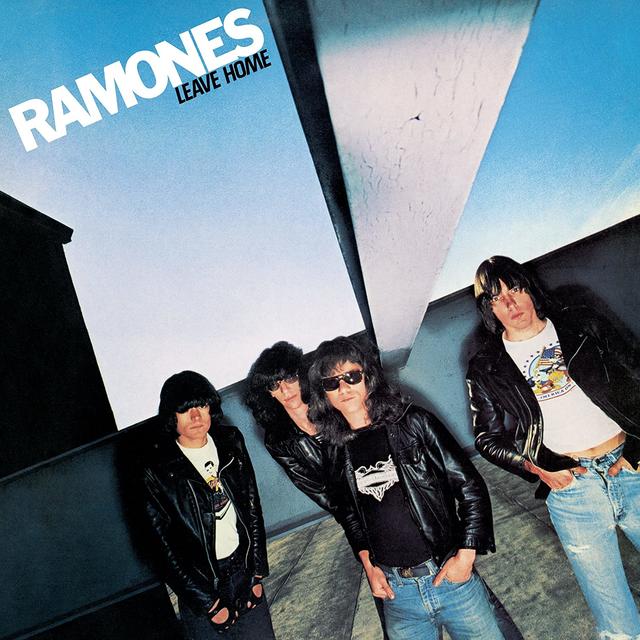 In April 1976, New York's Ramones released the band's self-titled debut album. A pioneering punk masterpiece brimming with such instant classics as "Blitzkrieg Bop" and "Judy is a Punk Rocker," Ramones still stands as one of the most influential rock albums ever made.

America 1976, in the meanwhile, was musically enamored with the likes of Eagles, Wings, Stevie Wonder and Led Zeppelin. Ramones and their groundbreaking debut didn't stand a chance on the charts, peaking at #111 on the Billboard 200 for the week of September 19, 1976. The #1 album in America that week: Peter Frampton's double-live sales monsters, Frampton Comes Alive.

"We started off just wanting to be a bubblegum group," Johnny Ramone once said (via Rolling Stone). "We looked at the Bay City Rollers as our competition. But we were so weird. Singing about '53rd and 3rd,' about some guy coming back from Vietnam and becoming a male prostitute and killing people? This is what we thought was normal."

While the mainstream remained blissfully unaware, music critics and young rockers gravitated to the Ramones' blistering bubblegum punk debut, giving the band and its label, Sire, the motivation to get back in the studio and deliver a winner with album number two.

Ramones returned with the band's second album, Leave Home, released on January 10, 1977. The record wasn't all that different than the first album, but like the LP cover, Ramones' abrasive punk rock roar had gone from stark black and white to vivid color. The sound was brighter and the hooks catchier, resulting in a slightly glossier take on what made them underground icons right out of the gate.

Leading with the effortlessly catchier "I Remember You" as the first single, Leave Home arrived to a surprisingly muted reception. The critical response leaned towards bemoaning "more of the same," and even the support of the band's diehard cult fan base was only enough for the album to peak at #148 on the Billboard 200 for the week of April 10, 1977. The #1 album in America that week: Fleetwood Mac's Rumours. Over in England, however, the record was something of a breakthrough, rising to #45 on the national album chart.

"After Leave Home was released, we all felt, in various hindsight discussions with the band, that the mixes for the album had been rushed, and didn't represent the raw power of the Ramones," recalled the album’s original engineer/mixer, Ed Stasium, in the liner notes of the 40th anniversary release of the album in 2018. "Generally, the consensus was that it maybe sounded too clean - the guitars panned completely left-right detracted from the band's foreboding presence, and the reverb effects were a little excessive."

"We thought we had a lotta songs that should've been hits," Joey Ramone said in Micky Leigh's book,  I Slept with Joey Ramone: A Family Memoir. "If you grew up in the Sixties, things would just get played and be hits right off the bat. So we thought since our music was doin' something unique that everyone would pick up on that. What really happened was we were so alien that no one wanted to touch us. And so we wouldn't get played."