Kickstart Some Action: Put In Your Pledge for The Incredible Flamin’ Groovies 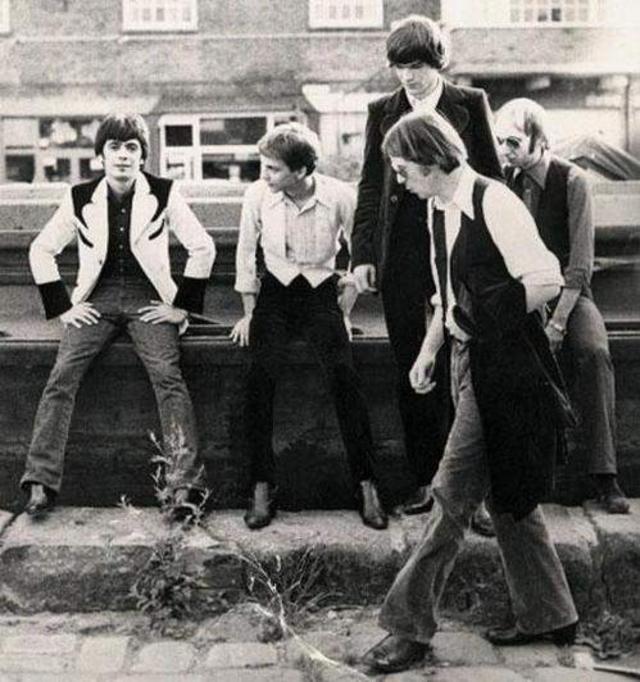 We’re taking a brief respite from our usual recitation of birthdays, anniversaries, and unabashed product plugs to draw your attention to a project which revolves around the Flamin’ Groovies, a band that, yes, is a part of our catalog, which means that, yes, technically we are still plugging our product, but we’d be excited about this project even if they didn’t have ties to Rhino. Granted, we might not post about it, but, look, why are we wasting time debating semantics when we could be filling you in about a Kickstarter campaign to help out with The Incredible Flamin’ Groovies, a documentary about the life and times of the band?

What’s that? You say you’re not familiar with the Flamin’ Groovies or why they’re so incredible? Well, if that doesn’t confirm the need for this documentary, we don’t know what does, but having made that salient point, if you’ve ever seen the movie Clueless or listened to its soundtrack, then you’re already familiar with one of the band’s most famous songs, albeit as performed by Cracker.

Is this ringing any bells yet? If not, here’s a clip of the Groovies performing the song in question:

The Flamin’ Groovies burst forth from the Bay Area in 1969 with their debut album, Supersnazz, which found the group armed with a cache of classic rock ‘n’ roll covers – among them “The Girl Can’t Help It,” “Rockin’ Pneumonia and the Boogie-Woogie Flu,” and “Somethin’ Else” – and some great garage-rock numbers written by band members Roy Loney and Cyril Jordan. Unfortunately, the masses weren’t overly interested in what the Groovies were selling, resulting in the band experiencing the phenomenon of “one and done” with Epic Records, but they continued to build a fanbase with their next two albums, Flamingo (1970) and Teenage Head (1971), which were released through Kama Sutra Records.

Not long after the release of Teenage Head, however, Loney left the band, and while his replacement, Chris Wilson, may have been responsible for steering the Groovies’ sound in a different musical direction, it was a direction which – once the new lineup finally got all of their ducks in a row – resulted in the band scoring more commercial success than they’d ever had in their career.

Granted, their first album with Wilson – which was also their first album for Sire Records – still didn’t find them shifting mass units, but even though it topped out at #142 on the Billboard Top 200, you’d be hard pressed to find a power pop fan worth their salt that isn’t familiar with the title track of 1976’s Shake Some Action. Unfortunately, the Groovies weren’t able to keep the momentum going, and after two further albums for Sire (Flamin’ Groovies Now in 1978 and Jumpin’ in the Night the following year), the flame went out for the band.

From there, we pick up with the text for The Incredible Flamin’ Groovies Kickstarter campaign:

Although the Flamin' Groovies had all the makings for a successful career, life seemed to conspire against them and they never quite made it. Since then, however, their songs Slow Death, Shake Some Action and Teenage Head, have been heard on motion picture soundtracks such as Clueless and numerous CD compilations. They have been called the "Godfathers of Punk Rock" and many bands such as The Dictators have done Groovies' covers. Legend has it that the Groovies' album, Teenage Head (1971), was Mick Jagger and Keith Richard's favorite album at the time, and Jagger is purported to have said that the Groovies "did the R&B thing" better than the Rolling Stones did. They are often referred to as "the biggest band you've never heard of." Recently VH1 placed Shake Some Action on their "20 Essential Power Pop Tracks of All Time" at #7.

Despite being highly regarded and respected in the music industry, and having die-hard fans all over the world, most people have never even heard their music…until now. Now, 30 years later, they are embarking on a comeback tour and this time they are determined to get the notoriety that seemed to have eluded them. They're full of life, full of stories, and full of sh*t...and we're capturing it all on film.

Our film will take the viewer on a wild journey through the world of the Flamin' Groovies with a behind the scenes and backstage portrayal of their comeback, the new recording sessions and each band member's personal lives. We will capture all of their antics, stories, and general madness. We'll cover the ins and outs, the ups and the downs of life with the Flamin' Groovies. And of course, we'll cover the Groovies' colorful history leading up to their difficult break up. Cyril, Chris and George are fascinating and intelligent characters. They are unpredictable and still think they are in their early twenties. Who knows what's bound to happen?

If you liked Anvil, Searching for Sugarman, and Spinal Tap you're gonna love this one!

Here’s the trailer for the project, to give you a bit more insight into the documentary:

Still not sold? Well, we considered that possibility, which is why we’re wrapping things up with a playlist which features the contents of every Flamin’ Groovies studio album and compilation in our digital catalog. If this doesn’t sell you, at least we know we tried our hardest…and that your taste in music may be suspect. Okay, sorry, that last bit was written in frustration. It’s just that we’re really excited about this documentary, and we’d really like it if filmmakers William Tyler Smith and Kurt Feldhun were given the opportunity to further spread the gospel of the Groovies.

What’s that? Why, yes, we can offer the link to the Kickstarter project one more time before we wrap up: all you have to do to chip in is click right here. 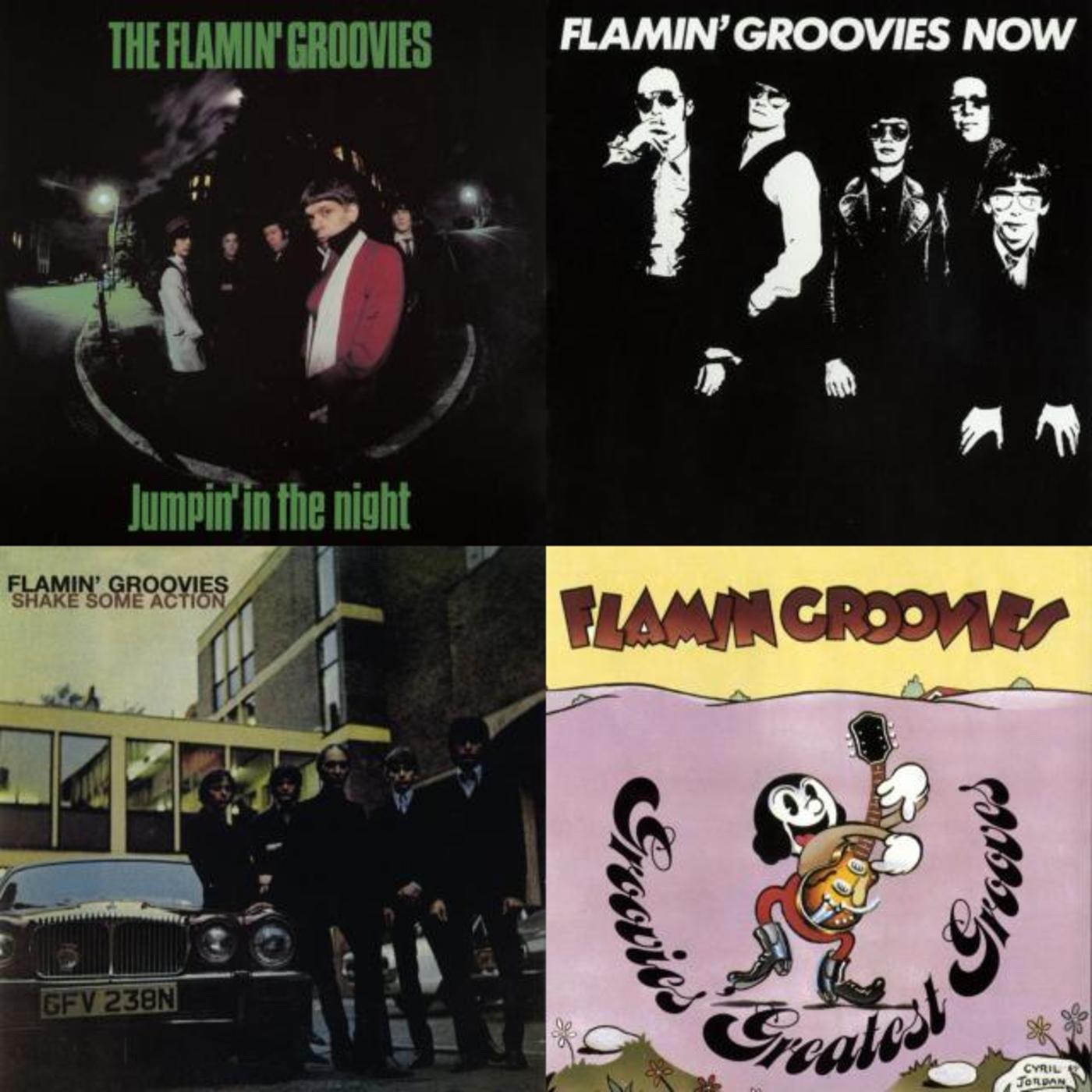 More on The Flamin' Groovies

Tuesday, Roctober 25 New Releases
THIS IS THE ARTICLE BOX TEMPLATE