LIVE from Your Speakers: Alice Cooper, THE ALICE COOPER SHOW 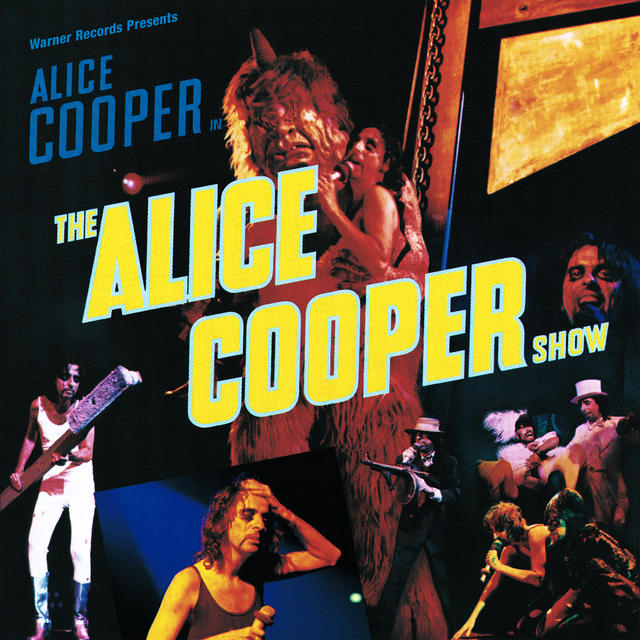 An Alice Cooper live record is missing something – something essential to the understanding of who Alice Cooper was (and largely is, even to this day). That something is the visual experience of seeing Cooper in a concert setting, a setting full to the brim with all manner of spectacle. In 1977, when Cooper (by this time a solo artist) released THE ALICE COOPER SHOW, his shows featured monsters and beheadings and gangsters and sex, all with the horror-movie maven and proto-goth dresser-upper at the center.

This is an issue not unlike the one faced by David Bowie, who similarly was putting out live recordings around the same time, and whose shows were as much a feast for the eyes as they were the ears. The big difference was one of style; while even Bowie’s trashiest concepts had an air of glamour (Ziggy Stardust’s slammin’ glam rock comes to mind), Cooper was out to shock as much as entertain.

The trifecta of “I Love the Dead / Go to Hell / Wish You Were Here” on THE ALICE COOPER SHOW is Exhibit A of his aesthetic – it was typically when the guillotine would come out in the show and Cooper would get the Marie Antoinette treatment. On record, though, absent the visual accoutrements, it’s just a cool, bombastic seven minutes; nothing bad about it, but you know you’re missing something.

As long as you’re okay with that, there’s much on THE ALICE COOPER SHOW to recommend it. “Under My Wheels” kicks off the set with Cooper’s vengeful vocal and no shortage of guitar distortion – Steve Hunter and Dick Wagner trade solos with deadly precision, as they will throughout the album. “Sick Things” plods like the Godzilla stomp it was doubtless created to mimic, while “Billion Dollar Babies” and “Eighteen” careen around your speakers with youthful energy – they’re perfect singalongs.

That’s not to say Cooper couldn’t slow things down and emote when emoting was called for. “Only Women Bleed” benefits from Fred Mandel’s surging wave of keyboards, and “I Never Cry” sounds like an after-hours saloon song – part confessional, part braggadocio. Each ballad gives Cooper the opportunity to show his range, while enabling his audience to take a breath from the breakneck rock of the rest of the show.

And what a show it was, regardless of whether you can see what went down. As a listening experience, THE ALICE COOPER SHOW provides plenty of bang for the buck, and should be cued up immediately, for the experience of hearing how great Cooper sounded at the top of his game.