LIVE from Your Speakers: Deep Purple, MADE IN JAPAN 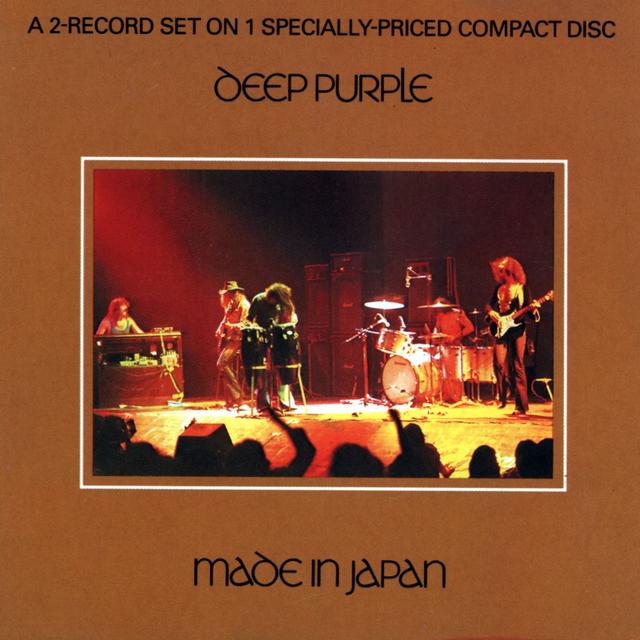 Led Zeppelin gets deserved kudos for their combination of heaviness, melody, sexuality and their sweaty British take on American blues music. One could be pardoned for listening to “The Crunge,” “Livin’ Lovin’ Maid,” “Black Dog,” “Immigrant Song,” or a dozen other tracks (or, let’s be honest, the whole of their first album) and think, that’s the coolest, heaviest band who ever walked the planet. Them – those four guys, the wizard conjuring things on his guitar, the singer with the high voice, the King Kong-lookin’ bloke on the drums, and the mousy Prince Caspian lookalike on bass. They’re the best.

But what of Deep Purple? They, too, hailed from the U.K.; they, too featured a man who could coax fantastical sounds from six metal strings and some wood; they, too, had a singer who could break glass with his upper register; they, too, had a monster rhythm section. They even had something the mighty Zeppelin did not have – a second soloist who could keep up with the wizard guy, only his instrument was a Hammond B-3 organ played through a Marshall stack. Purple were loud; they were heavy; they were deserving of the plaudits and stadium-packing audiences they attracted, and at their best, they were every bit the equal of Page, Plant, Bonham and Jones.

Don’t believe us? Drop the needle on Side One of 1972’s MADE IN JAPAN, turn your stereo up as loud as it and you can take, and stand back. About 30 seconds in, as “Highway Star” ramps up, you will feel Ian Paice’s drums begin to alter your internal rhythm, bolstered by Roger Glover’s bass and Jon Lord’s keyboards. Then Ritchie Blackmore’s guitar comes in and you’re off, blasting into the mesosphere, and your neighbors will begin to take note.

By the time singer Ian Gillan leans into “Child in Time,” with that ungodly shriek/cry you are firmly surrounded – you’re there, in Osaka’s Festival Hall, mingling with your fellow Purple fans, gaping with wonder at how intense the band sounded, and how much was yet to come.

And what a lineup of songs – “Smoke on the Water,” of course, but also the smutty strut of the FIREBALL standout “Strange Kind of Woman” and the bluesy stomp of “Lazy” (bookended by solo spots for both Lord and Blackmore). It all wraps with a 20-minute, side-long blast through “Space Truckin’” that leaves minds blown and ears ringing.

MADE IN JAPAN is one of the best live hard rock releases of the early ‘70s, and a fine testament to the power of Deep Purple on stage.