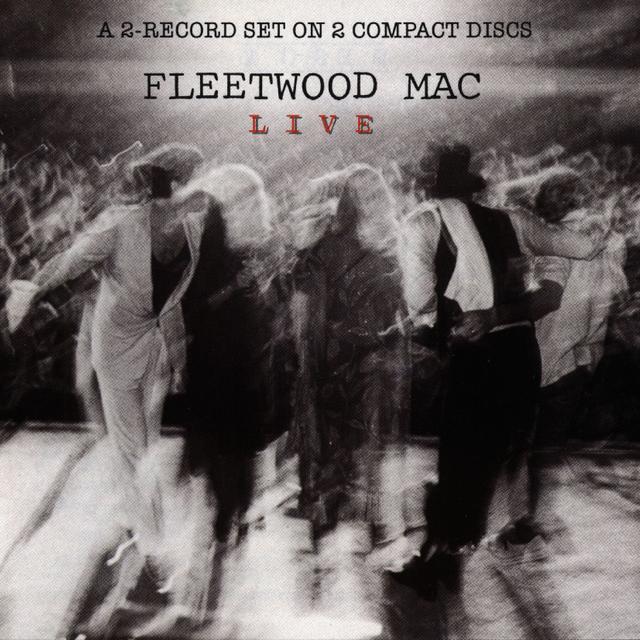 At the time of its release in late 1980, Fleetwood Mac’s LIVE seemed like an afterthought – a contractual obligation, or at least a stop-gap effort between the 1979 double album TUSK and 1982’s MIRAGE (a period also filled by high-profile solo work from Stevie Nicks and Lindsay Buckingham, and even a Mick Fleetwood project). Time has been kind to the album, though, as it features the band in multiple settings and in fine shape, in spite of the tumultuous period (1977 to 1979) in which its four sides were recorded.

We all know the story of that period by now, right? The couples in the band breaking up, the breakups feeding into songs that sold a kajillion copies and made Fleetwood Mac – for most of its history a mid-level blues combo – the biggest rock band in the world. Who knows what kept the five of them together? The group certainly put on a good face (not stopping, just thinkingabouttomorrow), kept calm and carried on, but the tears in the fabric were almost painfully apparent on TUSK, a master class in how emotional conflict and strange production techniques can kill off commercial momentum. The songs were great, but the disaffection present in the band was palpable.

Not much one can do in that situation but put out a record that reminds the audience how good you are doing what you do in front of them, and LIVE does just that. Side One has “Say You Love Me” (recorded in Kansas City on the TUSK tour) and “Dreams” (from a Paris soundcheck), as well as a curious Buckingham-led run through the Peter Green-era thumper “Oh Well.” These provide an auspicious opening salvo.

Scattered amongst Sides Two and Three are performances of two TUSK highlights (“Sara” and “Not That Funny”), as well as a beautiful, quiet run through “Landslide,” during which Nicks sounds particularly vulnerable. She’s anything but vulnerable on “Rhiannon,” which gets an eight-minute take, with a dynamic closing. Side Four’s opening one-two punch of “Go Your Own Way” and “Don’t Stop” is an inspired and wholly satisfying bit of sequencing, made even more striking by the fact that the two massive hits are followed by “I’m So Afraid,” whose dirge-like pace picks up when Buckingham’s guitar solo breaks open.

There are new songs on LIVE, as well. Christine McVie’s “One Lonely Night” is a slow-burning cautionary tale of a lover who “doesn’t like sleeping alone,” while Stevie Nicks contributes “Fireflies,” a thinly veiled allegory of the band and its troubles (“Everyone fights and the fire flies / What happened to my feelings … Some call it my nightmare my five fireflies”). There’s also a close-harmony take of a Beach Boys song (“The Farmer’s Daughter”). All of these are fine, but the real fire comes from the full-band rendering of the Buckingham Nicks song “Don't Let Me Down Again,” which cooks like the hit it was always meant to be.

Fleetwood Mac’s LIVE shows us a band that might have been teetering and troubled, but still more than capable of delivering on stage every night.