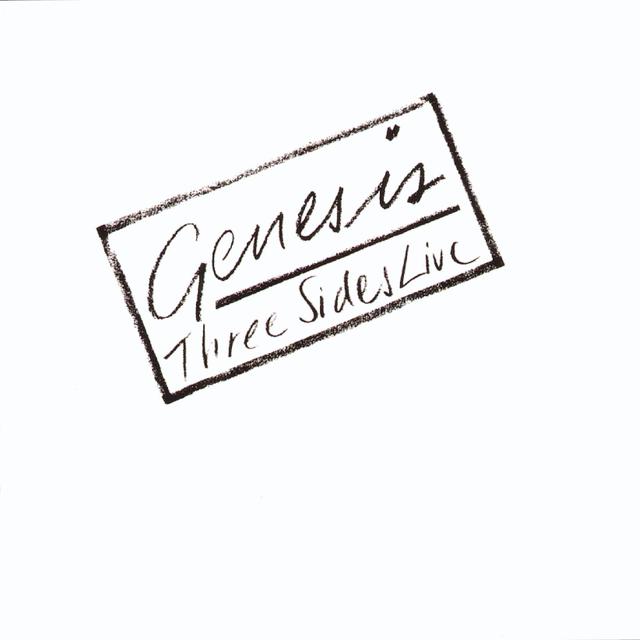 Genesis' first live albums were recorded and released at important moments for the band. The first, 1973's GENESIS LIVE, captured them four albums into their career, and featured singer Peter Gabriel in full flower (almost literally, considering his stage outfits at the time) on long, searching, darn-near mystical tracks like "The Musical Box," "The Knife" and the immortal "The Return of the Giant Hogweed." SECONDS OUT came around in 1977, and served to show Phil Collins firmly ensconced as lead vocalist, quite ably handling Gabriel's parts on epics like "Supper's Ready" and "The Lamb Lies Down on Broadway," as well as fresh material from A TRICK OF THE TALE and WIND AND WUTHERING.

By the time Genesis released their third live album, 1982's THREE SIDES LIVE, they were bona fide stars, having hit the Top Ten on the Billboard album chart with ABACAB in 1981 and seen Collins' first solo record, FACE VALUE, come out that same year and become an international smash. They were arena seller-outers and, if the performances on THREE SIDES LIVE were any indication, they brought their best to the stage every night.

You can hear a dark urgency right from the start, with "Turn It On Again," a song Genesis would later turn into band-introduction music and, at the height of their popularity, the basis for a  quasi-karaoke medley of oldies. Here, Collins' voice still reflects the loneliness of the lyric, and the band propel the song forward with no small amount of intensity. For forward propulsion, though, it's hard to top "Abacab," with the quickening pulse of Daryl Stuermer's bass and Chester Thompson's drumming, and the furious standoff between Tony Banks' synth solo and Mike Rutherford's guitar response. There's also the breakneck pace of the Gabriel-era medley "In the Cage"/"The Cinema Show"/"The Colony of Slippermen," on which Banks both holds things together and solos straight to the cosmos. These are men who can amp up the drama, when amped-up drama is called for.

The slower tracks on THREE SIDES LIVE also satisfy. The radio hit "Follow You, Follow Me" serves to calm the room, perhaps even encourage some romantic overtures (women were now coming to Genesis shows, accompanying their prog-fan boyfriends). "Misunderstanding" sounds just as sad live as on record (poor Collins, getting stood up in the rain), and "Afterglow" provides one majestic moment after another, closing the album (at least the original U.S. release) in true lighter-lifting fashion.

Side Four on the old vinyl editions had five studio cuts, the best of which was the horn-spiked single "Paperlate," which is still worth seeking out. The more recent reissue puts three more live tracks at the end, including the gorgeous "Fountain of Salmacis," which everyone should let cascade over them at least once.

THREE SIDES LIVE catches Genesis at a really good moment, and is well worth a fresh listen. Turn it up and check it out.