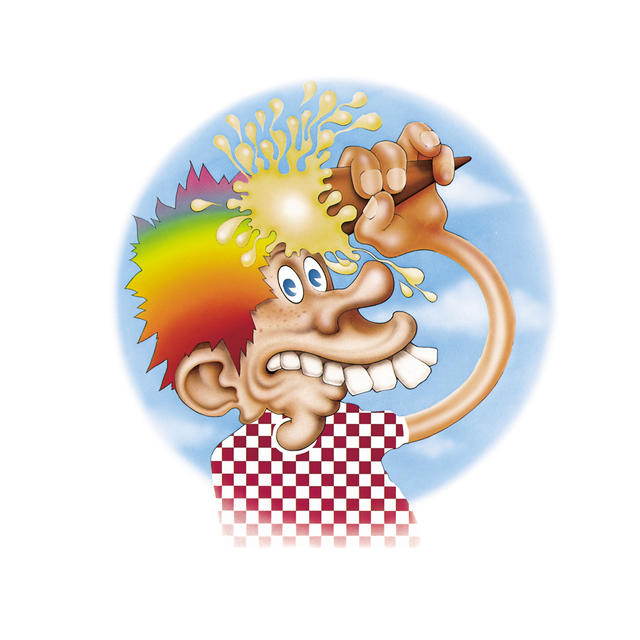 Throughout their existence as a band, the Grateful Dead made their reputation largely on the road, playing long shows with long jams and giving audiences long, strange trips every time they took the stage. When they were in their peak shape, the Dead were incomparable live, in spite of the occasional bum note and aimless solo. The best parts about any journey you took with the Dead were living in the moment and letting the music take you wherever it was headed.

Of their prime periods, 1972 stands out for the places they took their show, as well as for being the last stand of Ron “Pigpen” McKernan, the Dead’s bluesiest voice and most earthbound personality. EUROPE ‘72, McKernan’s final recording with the group, is, even at three LPs, merely a capsule of the tour’s 22 dates, a small helping of the magic they put together over the course of the two months they were across the Atlantic.

A brace of then-new songs highlight the record. The slow, pleasant shuffle of “He’s Gone” masks the frustration within the song, ostensibly about a manager who made off with a considerable sum of the band’s money. "Brown-Eyed Women," "Ramble on Rose" and "Tennessee Jed” were other new Jerry Garcia/Robert Hunter co-writes that worked just as well as character studies or tall tales, depending on how one wanted to view them. Bob Weir’s “Jack Straw” (also co-written with Hunter) emanated from John Steinbeck’s OF MICE AND MEN, and the band’s performance is dynamic, with subtle shifts in tempo and gorgeous harmonies.

The Dead liked to cover old country songs in their sets, perhaps to give their favorites a whirl, or to hip their audience to the twangy provenance of their own music, tying their hippie dance tunes to a larger tradition. On EUROPE ‘72, Hank Williams’ “You Win Again” gets a turn, and Garcia treats it with equal parts reverence and spirit. There’s little but that spirit that could connect Williams to something like a 13-minute ride through the band’s “Truckin’,” but here you have it, played on the same stage (London’s Lyceum Theater) two nights apart, forever joining the two songs in timeless Dead lore.

And then there was Pigpen. Two of EUROPE ‘72’s brightest highlights are when McKernan takes the mic and inject a little blues and R&B into the proceedings. On the rollicking “Mr. Charlie,” his energy is palpable, and it affects the performance of the entire band — heck, even Garcia sounds like a bluesman for about 45 seconds. The slow blues of “Hurts Me Too” is McKernan’s opportunity to do a little howlin’, a little pleadin’ and a little soulful something you can’t put your finger on. No one was going to mistake him for Buddy Guy or Muddy Waters, but he could sing the blues, and could introduce those hippie crowds to some gutbucket stuff they’d remember, for as long as they remembered anything about the show.

EUROPE ‘72 is quintessential Dead in one of their prime periods — a classic document worth revisiting often.