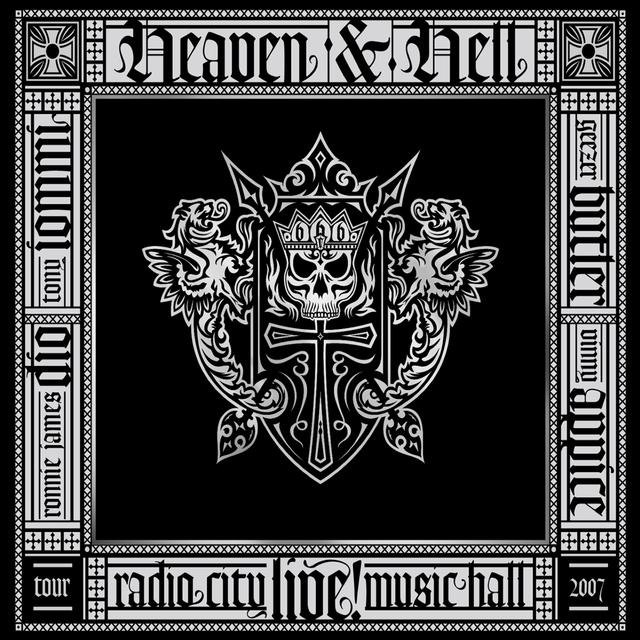 Black Sabbath brought the best out of Ronnie James Dio. Whatever high-level mystical mojo Dio had on his own (the lush operatic tenor, the “horns up” hand sign, simply being Ronnie James Dio, etc.) was amplified by the formidable crunch and dirge and cannon shots of Tony Iommi, Geezer Butler and Bill Ward/Vinny Appice (whichever was drumming. Mostly Appice). Their partnership was perhaps the most fruitful of Dio’s life, producing two classic hard rock records (HEAVEN AND HELL and MOB RULES) and one near-classic (DEHUMANIZER), as well as a scorching, underrated live record (LIVE EVIL).

Most of that was in the early ‘80s (DEHUMANIZER came in ‘92, after a spell of separation), before Dio ventured out on his own, made ridiculous videos and ridiculously cool records (seriously – cue up HOLY DIVER and THE LAST IN LINE; they both still rock, and rock hard). Eventually, their orbits crossed once again and, this time going by Heaven & Hell, the quartet took to the stage to rekindle their creative flame and to rattle a few dozen buildings’ foundations along the way.

New York City’s famed Radio City Music Hall was one of those buildings; on March 30, 2007, Heaven & Hell descended upon the hallowed stage and proceeded to flatten it beneath the weight of their playing and presence. Cameras and audio recording equipment were there to document the whole thing, and thus LIVE FROM RADIO CITY MUSIC HALL was forged.

After the introduction of “E5150” and metal requiem “After All,” Dio, Iommi and company blow things wide open with the gallop of “The Mob Rules” (is there a more pleasurably evil way to gallop? We think not). Between that breakneck metal classic and the supernatural stomp of “Sign of the Southern Cross,” the crowd had to be spent, right? How much metal can one audience take?

Oh, but there was more to come. DEHUMANIZER’s “Computer God” is an overlooked gem, and the Radio City onlookers got to witness a heavier-than-heavy take on it. Speaking of heavy (well, the whole thing is heavy, of course), Iommi’s solo intro into “Die Young” is a heavy thing of beauty, and the song it precedes is as well – these men in their 50s and 60s sound more energetic than most bands half their ages. And when they light into “Heaven and Hell,” complete with audience participation both prompted and unprompted, there’s a magic present that defies description – you have to hear it for yourself.

The tour from which the Radio City show was taken went so well for the band, they returned to the studio to craft another fine record (2009’s THE DEVIL YOU KNOW), before Dio’s death from stomach cancer ended things for good. LIVE FROM RADIO CITY MUSIC HALL stands as a testament to the greatness of this collaboration, and to the unique prowess of Ronnie James Dio as a performer.