LIVE from Your Speakers: Joni Mitchell, SHADOWS AND LIGHT 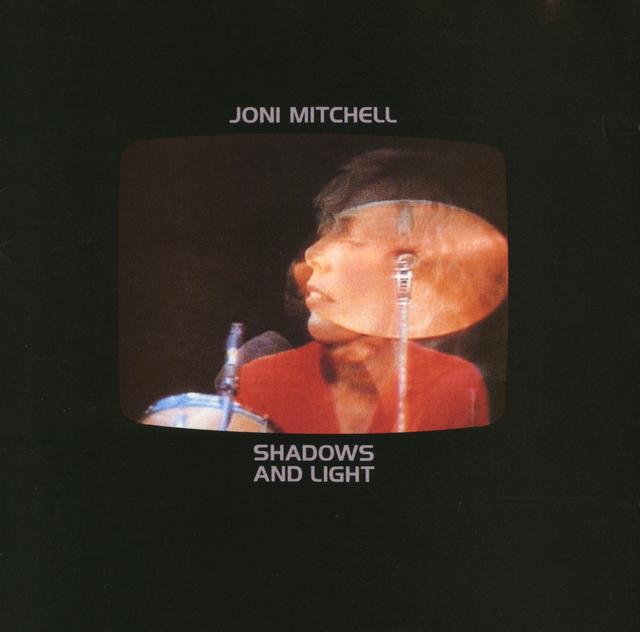 Joni Mitchell’s late-’70s embracing of jazz more or less ended her run as a bestselling recording artist; though she would make records for three more decades, she never again scaled the album chart as she did with classic folk-rock albums like BLUE and COURT AND SPARK. And that was fine by her — to have continued in that mode would have smacked of treading artistic water, and records like DON JUAN’S RECKLESS DAUGHTER and MINGUS opened up her music in lovely, exciting ways, for those willing to follow her, as she herself followed her muse.

On the tour supporting MINGUS in 1979, she had an extraordinary band of young jazz players helping her take her new sounds to the stage. With Jaco Pastorius on bass, Pat Metheny on guitar, Lyle Mays on keyboards, Don Alias on drums and Michael Brecker on saxophone, Mitchell was able to paint with a remarkable collection of fresh colors, expanding her older songs and solidifying her new material into her complex oeuvre.

That tour was documented on SHADOWS AND LIGHT, and to listen to these tracks today is to be reminded of how special Mitchell was as a performer, as well as how exceptional this band was at making expansive statements from her unique songs.

Metheny shines on “In France they Kiss On Main Street”; his guitar solo and little phrases are perfect foils for an energetic Mitchell, who explores the full range of her voice, from smooth low to scratchy high. The crowd is into it, too; someone even yodels while applauding — you can hear it if you listen close enough.

Pastorius, then also a member of Weather Report, is the co-star of “Edith and the Kingpin,” his fluid bass lines skating just behind Mitchell’s voice. The entire band fires on all cylinders on Mitchell’s reimagination of Charles Mingus’ “Goodbye, Porkpie Hat”; Brecker, in particular, shines on the song, but his is a subtle mastery, a quiet kind of proficiency that speaks to the prodigiousness of the talent on the stage.

Brecker contributes forlorn passages to “Hejira,” which finds Mitchell at the last cafe at the edge of the world, musing on death and loneliness, in the midst of a very real desolation. In contrast, “Free Man in Paris” finds the band exceptionally tight but still loose; the sax rides on the rhythmic foundation of the drums and bass, declaiming on its own but fitting snugly in the groove. For a sharp turn, Mitchell gives us her take on “Why Do Fools Fall in Love,” and emerges with a quasi-hit; showing off her doo-wop chops with the great vocal group the Persuasions, to great effect.

By casting songs new and old in the fresh context of a wonderful jazz band, Mitchell makes SHADOWS AND LIGHT something more than just your basic live record; it’s an emblem of artistic expression and adventurousness, and an under-heralded gem.