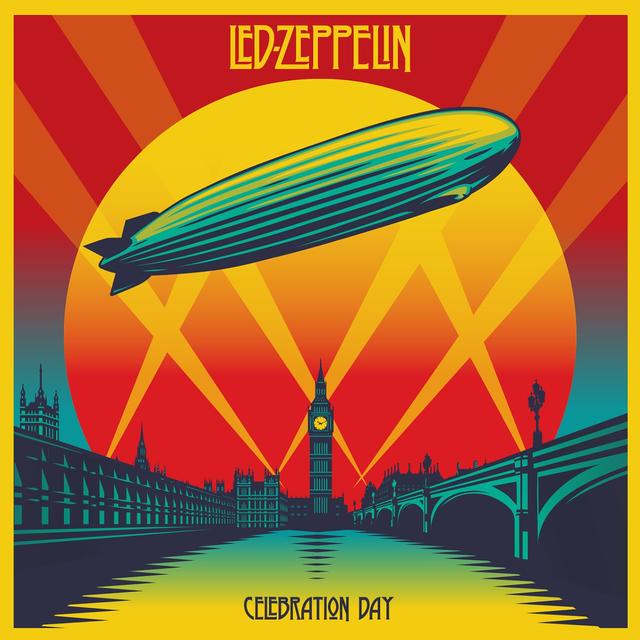 Around the summer of 2007, rumors began to swirl that a Led Zeppelin reunion was in the offing – some said the surviving members of the band (Robert Plant, Jimmy Page and John Paul Jones) were rehearsing with Jason Bonham (son of their deceased drummer John Bonham); Plant and Page were spotted taking in a Prince show at the London O2 Arena, after taking a tour of the venue; Hell had reportedly frozen over and flying monkeys were spotted hovering over the spot where the Loch Ness Monster was taking selfies with tourists. The grapevine was positively humming.

Of course, when the band actually convened on the O2 stage of the Ahmet Ertegun Tribute Concert on December 10 of that year, their performance justified all the rumors and hype. From the opening chords of “Good Times, Band Times” to the second encore blast through “Rock and Roll,” the overwhelming power of Led Zeppelin was on full display. Of course, the evening was recorded, and an album – 2012’s CELEBRATION DAY – issued to slake the thirsts of the band’s many fans. Even now, so many years after the event, the fresh takes of these classic songs can give you chills – and that’s a very good thing, indeed.

Pick whatever track you want – there’s no going wrong here. Want to hear Plant tease his way through “Black Dog”? Not a problem. Need to hear the avalanche-is-approaching riffage of “Kashmir”? Turn it up and let it move you. Is there not enough slide guitar in your life?  Eleven minutes of “In My Time of Dying” should take care of that. In the mood to hear some filthy lyrics sung over a positively funky keyboard riff? Cue up “Trampled Under Foot.” Need to hear “Stairway to Heaven”? Too bad – they don’t play it. A shame, really.

Nah, just kidding. Of course, they play “Stairway to Heaven.”

The most familiar stuff here is awesome to experience in these live renditions. What’s more, Zeppelin perform intriguing takes on “Ramble On” and “For Your Life,” neither of which they had ever played live before this show – a positively inexplicable circumstance, particularly for “Ramble On,” which one could be forgiven for thinking was a live staple. It certainly should have been.

While it’s cool to pick your favorites, we recommend scheduling two hours of your time to listen to all of CELEBRATION DAY in one shot – do it with the volume up and the headphones on (or earbuds in). It’s an experience no fan of Led Zeppelin or of rock ‘n’ roll in general should miss out on. Cue it up and crank it.