LIVE from Your Speakers: The Doors, ABSOLUTELY LIVE 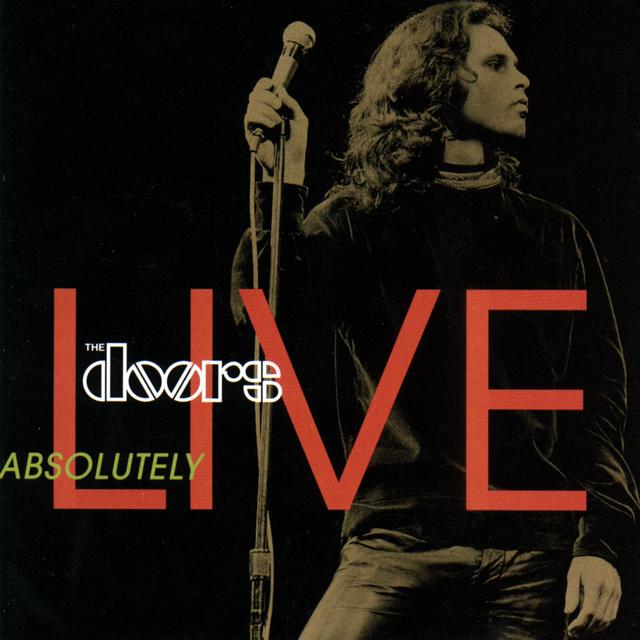 To witness the Doors perform at the height of their powers was to witness a Shamanic ritual, a juke-joint blues set and a poetry reading, all in one. At the heart of it all was the shaman/bluesman/poet James Douglas Morrison, the band’s voice and primary source of energy. If he was able to connect and engage with an attentive audience, shows had a way of elevating, of lifting band and crowd to heightened levels of connection, opening the “doors of perception” from which the band took its name. If things didn’t go so well, though, you had March 1, 1969 – the infamous Miami show, during which a clearly inebriated Morrison screamed and cursed at the crowd, baited police and allegedly exposed himself.

Morrison jokingly refers to the Miami gig (“... grown men were weeping, policemen were turning in their badges …”) at one of the shows recorded for the Doors’ 1970 double-album set ABSOLUTELY LIVE, a record that provides listeners with a compendium of cuts that producer Paul Rothchild called “the ultimate [Doors] concert.” Indeed, just about everything the Doors were capable of can be found on the album’s four sides.

First off, you get the blues – a six-minute run through Bo Diddley’s “Who Do You Love” that’s all sweat and rumble; a take on Willie Dixon’s “Back Door Man” that is so feral it threatens to come apart at several moments; and keyboardist Ray Manzarek’s spotlight turn on Dixon’s “Close to You,” a soulful shuffle with a wicked Robbie Krieger guitar solo. There’s also the band’s own “Five to One,” a cracking contemporary blues that doesn’t let up hitting the listener until the very end.

The band shows off their eclecticism with “Alabama Song (Whiskey Bar),” the Weill/Brecht tune they had covered so well on their debut, as well as the new song “Universal Mind,” which moves from slow stomp to jaunty parlor tune effortlessly.

Morrison the poet emerges on Side Four with the first official recording of “Celebration of the Lizard,” the 14-minute, seven-part performance piece that had to have blown minds when trotted out by the band onstage. This recording, from a performance at the Aquarius Theater in Hollywood, rewards close listening; headphones are optional, but recommended.

ABSOLUTELY LIVE is a fine encapsulation of what the Doors were about in 1969 and 1970; the album captures the band in terrific form, leading one to believe Rothchild’s “ultimate concert” goal was achieved, if not surpassed.