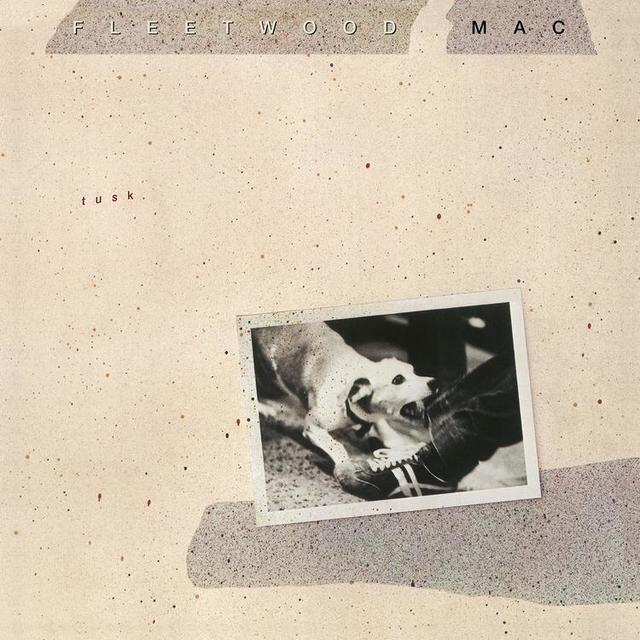 What to do after you make an inescapable album—one that spent nearly eight months at Number One, sold a kajillion copies and basically made you the biggest band in the U.S., if not the world? You make one that sounds just like it, right? That's what most folks would do—it's understandable. Take another scoop from the same well. Another bite of the same veggie burger. Another hike up the same hill overlooking Laurel Canyon.

Fleetwood Mac's Lindsey Buckingham would have none of that. For the follow-up to 1977's RUMOURS, he subjected his bandmates to all manner of sonic whackery, from drumming on tissue boxes, to miking the floor to capture vocals, to recording with a collegiate marching band, all in the name of remaining relevant at a moment when punk and new wave bands were making the most interesting music to hit Buckingham's antennae.

The thing is, at the heart of the resulting double album—which would be titled TUSK, after drummer Mick Fleetwood's nickname for his genitalia (beats naming the record LITTLE MICKEY, one might suppose)—are Stevie Nicks songs and Christine McVie songs and, when one gets beneath the oddball production, some fine Lindsey Buckingham songs, too. After all, these are still the folks who gave us "Go Your Own Way" and "Landslide" and "Don't Stop," and their signatures remain in the grooves.

So it doesn't matter that the piano on "Sara" sounds like a toy, or that even the Fleetwood/John McVie rhythm section sounds restrained in the mix—it's still Stevie Nicks spinning six minutes of magic. Nor does it matter that everything but Christine McVie's vocal and Buckingham's acoustic guitar on "Never Make You Cry" sounds covered in gauze; it's still a sweet Christine McVie ballad, and everyone loves Christine McVie ballads. And even through a track like "Not That Funny" seems like an exercise in production technique for the sake of production technique, the song still smokes, and there are others just like it.

Of course, not everything gets such treatment. "Think about Me" is about as straightforward and radioready a song as one might hope to be on a follow-up to RUMOURS. Likewise, "Sisters of the Moon" is chock-full of the kind of sounds that filled the last half of "The Chain"—the rumbling bass and drums, all those many guitars, and just enough edge on Nicks' voice to render the whole thing a spooky mass of intensity. And for all the nuttiness of recording a marching band (and mumbling the verses) for the title track, the overarching effect of the brass and percussion is a straight-up wonder, even if it was easily the oddest choice of first single the band could have selected. For all its eccentricities, TUSK is considered by some to be Fleetwood Mac's best record, though few feel that way on first listen. The 20 tracks spread out across these two LPs vary in mood and production, but the pleasures of the album (and there are many) open up over time, for those patient enough to stick with it.