Make It a Double: Lou Reed and Metallica, LULU 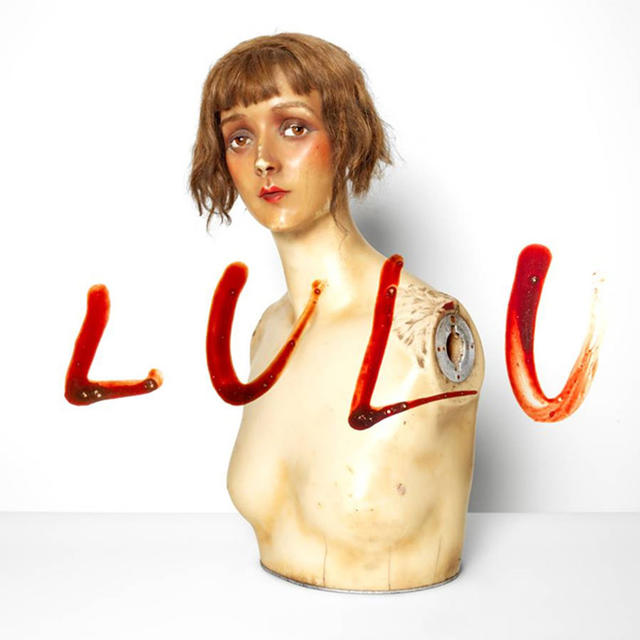 Lou Reed never went for mainstream success; his songs of decadence and decay were too intense for your basic AM radio listener in the '70s. For a brief season, though, the mainstream came to him—in late 1972, "Walk on the Wild Side" became a Top 20 hit, and two years later, SALLY CAN'T DANCE hit the Top 10 on the album chart.  It was odd, but sometimes odd things happen. Metallica, likewise, did it their way. By the time … AND JUSTICE FOR ALL hit the Top 10 in 1988, they were four albums into a career that had, for the most part, seen them go platinum purely as a result of constant touring and word of mouth—radio and MTV would not touch them. Of course, once the mainstream came to them, they became quite comfortable with one another; the group became the biggest metal band in the world.

Reed and Metallica came together at a Rock and Roll Hall of Fame concert event, for a run through some Velvet Underground songs, and, connection thus established, spent the better part of two years collaborating on LULU, an album of songs Reed had written to accompany a production of German expressionist Frank Wedekind's plays EARTH SPIRIT and PANDORA'S BOX.

Opinions are split on the record, mostly on the side of Metallica fans puzzled by their favorite band backing a shaky-voiced poet in Reed, half-singing, half speaking abstract lyrics for a play they cannot see.

"Iced Honey," for example, offers a straight hard-rock melody in 4/4 tempo and James Hetfield on backing vocal, doing what James Hetfield does, as Reed attempts to sing on some lines, and shout on others. They come together at the end of the song (shouting, "See if the ice will melt for you" in harmony), and it's intense and a little weird, but it works. It's uneasy listening, but it works.

"Mistress Dread" is all intensity, as the band plays seven minutes of unfettered thrash while Reed recites in the voice of a spooky character who, truth be told, might just be Lou Reed. "Little Dog" is built on acoustic guitars, while "Cheat on Me" is a feedback-infused nightmare—two contrasting approaches that give half your brain something to focus on while the other half ponders the deep darkness of Reed's poetry. "Pumping Blood" just sounds wicked; those riffs could've been as much a highlight on Metallica's last record as they are here.

The 19-plus-minute closing track, "Junior Dad" offers a fitting benediction to LULU. Over a music bed that shifts from drone to dirge, Reed's lyrics offer a plea from their protagonist to his father—"Would you come to me if I was half drowning? … Pull me up / Would you be my lord and savior?" That the song and album end with a small string section playing a drone—a single chord, surging and receding—is fitting; an album so forceful and extreme should end with a moment of peace.