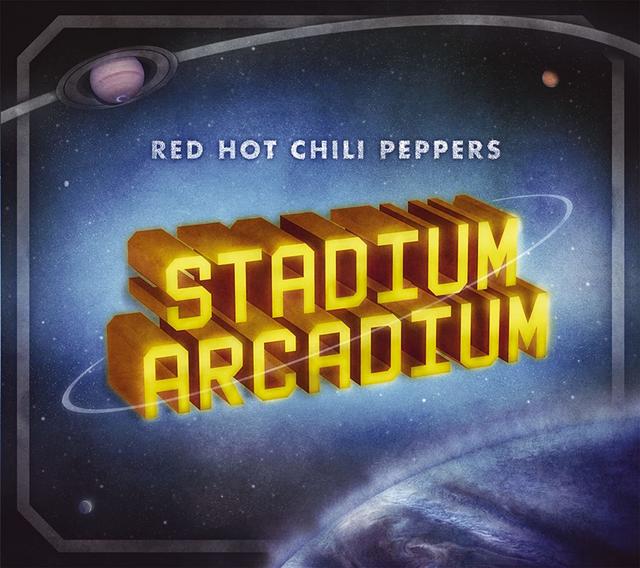 FUN FACT: Stadium Arcadium is the first Red Hot Chili Peppers album to hit #1 in America. Released on May 9, 2006, it debuted at the top spot of the Billboard 200 over the week of May 27, 2006. It maintained the top spot for three straight. In order to make the record happen, the band reconvened at "The Mansion" in Laurel Canyon with Rick Rubin--the same studio and producer that resulted in 1991 breakthrough LP, Blood Sugar Sex Magik.

"It just seemed like the perfect idea because I live about one minute away and Anthony and Chad live about 10 minutes away," guitarist John Frusciante said during a 2006 interview. "Flea's about an hour away in Malaga, but because of the way it's set up he could sleep at the studio. It seems like a different place now to what it was (when they recorded Blood Sugar Sex Magik). I like it better now. It's cosier, a little more warm and homely. The other guys have a different impression than me, but that's how it seemed to me. I loved it both times, but before it seemed more cold and chilling."

"The chemistry when it comes to writing is better than ever," Anthony Kiedis told Billboard in 2006 about the process. "Always in the past, there was a little bit of struggle between Flea, John or myself as contributing writers — a struggle to dominate. But we are now confident enough in who we are, so everybody feels more comfortably contributing more and more valuable, quality stuff."

The good chemistry led to Kiedis and company coloring well outside of the lines when it came to recording: "We got together and our initial writing task was to write a short record: an old school, hit 'em and quit 'em, straight to the point record," he recalled. "A record with only 11 or 12 songs instead of 17 songs, just for a change. Three months later, we had 38 songs, all of which were meaningful and worth recording and mixing."

Stadium Arcadium capped off a three-album run including Californication (1999) and By the Way (2002) which found Anthony Kiedis and company moving towards the rock mainstream, and away from the fringe edges of the band's storied past. It was also a showcase for the group's legendary guitarist, John Frusciante.

"On this record, he was kind of like, 'Okay, it's time for me to lay it all on the table and really shine as a guitar player.' He's a lot more balls-out. It's very solo intensive — there’s some incredible guitar solos," Kiedis marveled. "I guess there's still a little bit of early Beach Boys and early Electric Light Orchestra and intense vocal harmonies. They make themselves known."

Spreading those good vibes across a double-album set, Stadium Arcadium was well rewarded over awards season. The LP earned the group four GRAMMY Awards at the 49th GRAMMY Awards in 2007: Best Rock Album, Best Boxed or Special Limited Edition Package, and Best Rock Song and Best Rock Performance by a Duo or Group with Vocal, the latter two for album opener "Dani California." Producer Rick Rubin also won win the GRAMMY for Producer Of The Year, Non-Classical that same night.