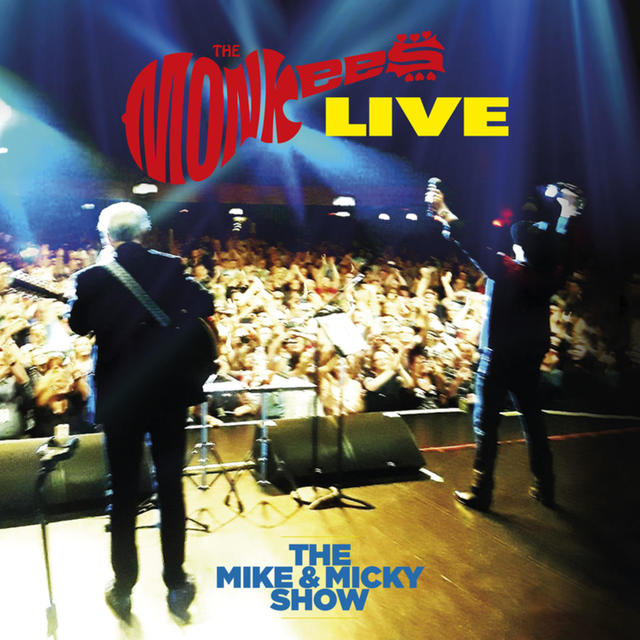 When Davy Jones in 2012, the surviving members of The Monkees – Micky Dolenz, Mike Nesmith, and Peter Tork – reunited for a tour which paid tribute to their departed colleague as well as the band that brought them together in the first place, but when Tork died in 2019, there was some doubt amongst fans as to whether the Monkees might be no more.

Those worries were set aside when Nesmith and Dolenz embarked upon a new tour last year, still billing themselves as The Monkees but cheekily describing the evening as “The Mike & Micky Show.”

Now, Rhino is on the cusp of releasing an audio document from that tour: THE MONKEES LIVE – THE MIKE & MICKY SHOW hits stores and digital retailers on April 3 in CD and digital form, with a 2-LP vinyl version arriving not much later, on May 15. This live album features 25 tracks and offers a set list that spans the Monkees’ 50+ year career. Produced by Monkees archivist Andrew Sandoval and mixed by Christian Nesmith, it’s a great souvenir of these two old chums sharing the stage again, and to give you an idea of what to expect, here’s a video for you:

Before we go, we’re guessing you’d probably also like to know what songs are contained on this collection, so allow us to provide you with the answer: