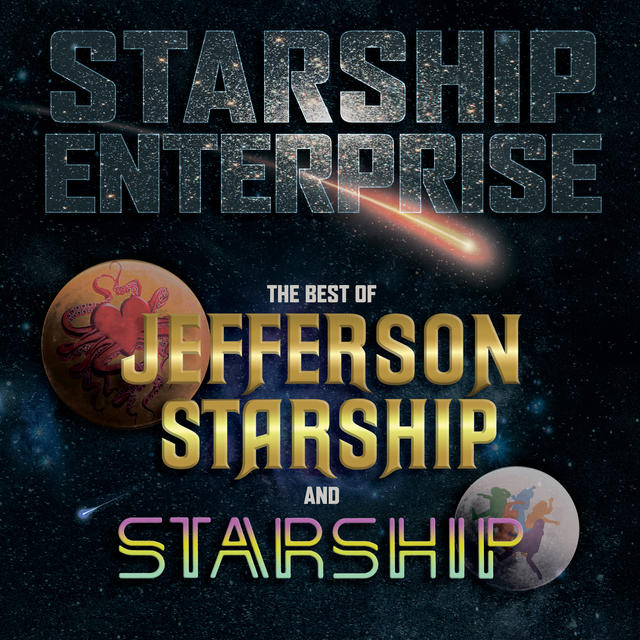 The Deal Encompasses Over 30 Classic Albums Including Titles From

A Plethora Of Physical And Digital Titles Will Begin To Rollout In 2019,

Beginning With The New Digital Compilation

The announcement was made by Rhino President Mark Pinkus and band manager Jeff Jampol. The agreement includes the use of master recordings spanning nearly twenty years, from Jefferson Airplane’s 1972 album Long John Silver to Starship’s 1991 Greatest Hits (Ten Years And Change 1979-1991) compilation. To coincide with the announcement, Rhino has released a new digital compilation Starship Enterprise: The Best Of Jefferson Starship & Starship and has also made all four Grace Slick solo albums (Manhole, Dreams, Welcome To The Wrecking Ball!, and Software) available digitally for the first time.

“We’re real happy to have Rhino take over so much of our catalog,” said bassist Jack Casady. “They have an avid interest in keeping all the great music from our youth relevant and we look forward to a great relationship and all that will manifest.”

“With Rhino’s awesome track record of bona fides I am thrilled that they will be shepherding the re-releases of so much of our catalog,” added bandmate Jorma Kaukonen.  “I can think of no better record company to handle this task.”

In 1972, Jefferson Airplane lineup took a break after releasing the band’s seventh studio album, Long John Silver. With the Airplane on hiatus, Casady and Kaukonen focused on their side project Hot Tuna. Playing with a revolving cast of musicians, they recorded five albums over five years, including the group’s 1972 studio debut, Burgers. In 1973, Slick recorded Manhole, the first of her four solo albums. That same year, she and Kantner formed Jefferson Starship with fellow Airplane alumni Freiberg, Papa John Creach, and John Barbata, as well as guitarist Craig Chaquico and Pete Sears on bass and keyboards. Jefferson Airplane founding member Marty Balin also joined the band in 1975. Jefferson Starship released eight albums between 1974 and 1984. Each of them was certified gold or better and helped the band assemble a steady streak of classic hit singles such as “Count On Me,’ “Jane,” “Find Your Way Back, and “Miracles” from their 1975 double platinum #1 album Red Octopus.

In 1985, the band shortened its name to Starship before Slick, Chaquico, Sears, Mickey Thomas and Donny Baldwin set off in a new musical direction. Over the next five years, Starship would record three albums, including the band’s 1985 debut, Knee Deep In The Hoopla. A massive hit, the album was certified platinum and features two iconic #1 singles “We Built This City” and “Sara.” Starship’s music continues to be embraced in the streaming age, with both “We Built This City” and “Nothing’s Gonna Stop Us Now” surpassing the 100 million stream mark on Spotify, a rare feat for 30-year-old songs.

“Overseeing and managing great artists’ legacies is a very specialized business, with a unique set of issues, problems, needs, and careful oversight. Rhino has the great ability to commit themselves, their extensive resources, and their passion for great music & art into long-term results and respectful handling of legacy artists’ careers and work, said Jampol, manager for Jefferson Airplane, Jefferson Starship, Starship, and Hot Tuna. “It was amazing to us how passionate Rhino President Mark Pinkus was about these artists and their music – he was a true fan(atic)! So, when it came time to find a label home for Jefferson Starship, Starship, Hot Tuna and various solo projects, Rhino was a natural choice, and my clients and I couldn’t be happier with our new team.”

“Rhino is the perfect home for these amazing and sometimes overlooked albums. We see an incredible opportunity to grow their fan base in a variety of ways,” says Pinkus. “Whether you are a lifelong fan of over 50 years or a young kid that’s only heard ‘We Built This City’ in a movie or television show, we feel like there is a vast selection of amazing music to turn many different audiences on to. We’ve had some tremendous success collaborating with Jeff Jampol’s roster of superstar legacy artists over the years and look forward to a great future for these acts as well.”

A partial list of albums included in the deal, all of which are now available digitally:

Deep Dive: Starship, WE BUILT THIS CITY
THIS IS THE ARTICLE BOX TEMPLATE