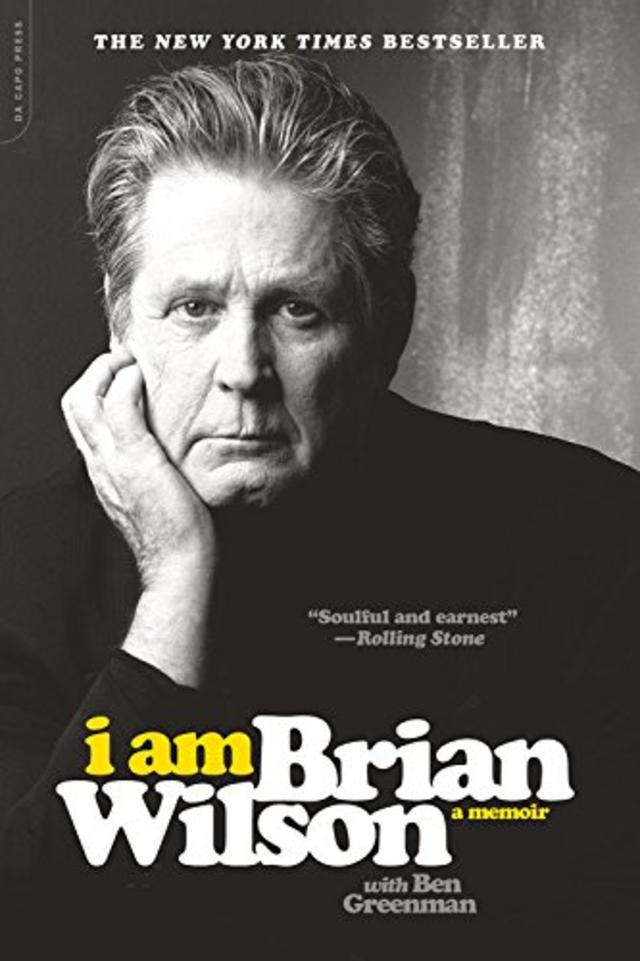 “In the pantheon of guitar gods of the past 50 years — Page, Hendrix, Gilmour, Beck, Clapton — there has been one name missing. Chris Spedding. To rectify this crime against Anglo-American musical heritage, meet the Great Lost British Guitar Hero. Sometimes described as ‘to the left of Dave Edmunds and to the right of Brian Eno’ and ‘the best guitarist you've never heard of,’ Chris Spedding has played on over 200 recordings for a wide spectrum of flash-in-the-pan bands to renowned artists (Paul McCartney, Donovan, Elton John, John Cale, Bryan Ferry, Nina Hagen, Katie Melua, Paolo Nutini). As a producer he has worked with the Sex Pistols, Dee Dee Ramone, the Nils, and the Cramps. He also found time to enjoy Top 20 success in the UK with his own 1975 hit ‘Motorbikin’’ This biography of an underrated, introverted, reluctant guitar hero will make you reconsider what you think about rock music.”

“As a cofounding member of the Beach Boys in the 1960s, Wilson created some of the most groundbreaking and timeless popular music ever recorded, forever expanding the possibilities of pop songwriting. Derailed in the 1970s by mental illness, drug use, and the shifting fortunes of the band, Wilson came back again and again over the next few decades, surviving and--finally--thriving. Now he weighs in on the sources of his creative inspiration and on his struggles, the exhilarating highs and the debilitating lows. Whether he's talking about his childhood, his bandmates, or his own inner demons, Wilson's story, told in his own voice and in his own way, unforgettably illuminates the man behind the music, working through the turbulence and discord to achieve, at last, a new harmony.”

“The talent. The charisma. The videos. From their 1981 hit ‘Planet Earth’ to their latest number-one album, All You Need Is Now, John Taylor and Duran Duran have enchanted audiences around the world. It's been a wild ride, and—for John in particular—dangerous. John recounts the story of the band's formation, their massive success, and his journey to the brink of self-destruction. Told with humor, honesty—and packed with exclusive pictures—In the Pleasure Groove is an irresistible rock-and-roll portrait of a band whose popularity has never been stronger.”