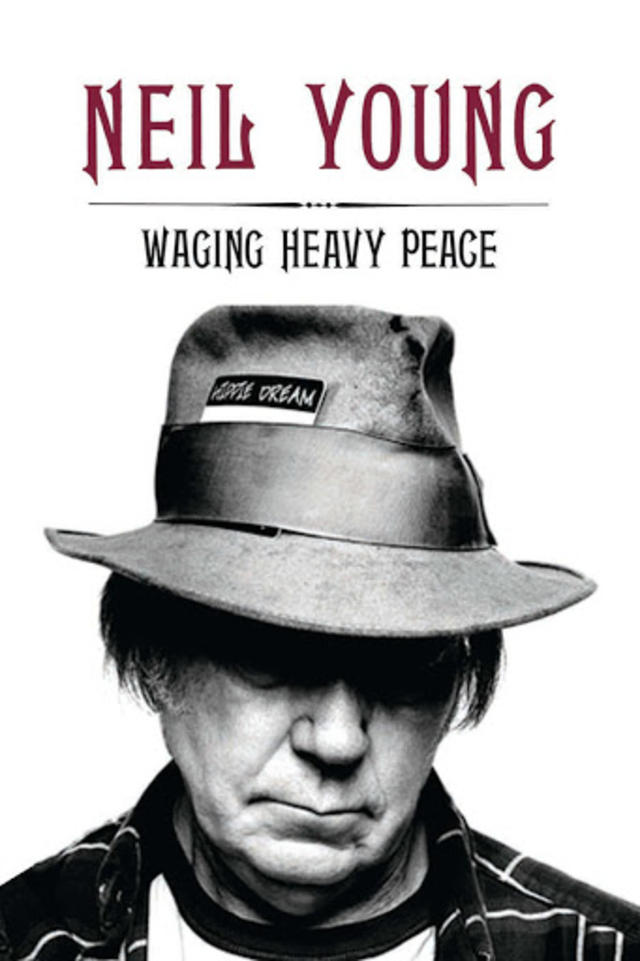 “Legendary singer and songwriter Neil Young’s storied career has spanned over forty years and yielded some of the modern era’s most enduring music. Now for the first time ever, Young reflects upon his life—from his Canadian childhood, to his part in the sixties rock explosion with Buffalo Springfield and Crosby, Stills, Nash & Young, through his later career with Crazy Horse and numerous private challenges. An instant classic, Waging Heavy Peace is as uncompromising and unforgettable as the man himself.”

“Since his days with his Georgia band, the Marvelous 3, Butch Walker has been a successful record producer and performer—he’s played with Taylor Swift at the Grammys, he sells out shows across the country every year, and he continues to work with some of the country’s most iconic music acts, from Green Day and Weezer to Pink and Katy Perry.

“But though Butch has made his career look easy, it’s been an epic and colorful battle every step of the way. He has lived in his car when he couldn’t make ends meet; he has been kicked off by about 4 record labels as a musician; he lost all of his belongings (including some of his master recordings) when the Hollywood house he was renting from Flea, of the Red Hot Chili Peppers, burned down to the ground during the ‘07 California wild fires ; and although he was originally supposed to be one of the judges on Mark Burnett’s ‘Rock Star,’ his acerbic and critical appearances all ended up on the cutting room floor.

“In his riveting memoir, Drinking with Strangers, Butch Walker tells the fascinating story of his life and remarkable career, taking readers on a breakneck ride from his Georgia roots to the Hollywood music scene, and giving us a close-up insider’s view of life behind closed recording studio doors.”

“From the tender ballad of ‘Beautiful’ to the historical lament of ‘The Wreck of the Edmund Fitzgerald’ to the plaintive political plea of  ‘Black Day in July,’ Gordon Lightfoot's songs have inspired and enchanted fans for more than fifty years. Beloved by a devoted Canadian audience, Lightfoot's work has been performed and admired by musicians from around the world, including Joni Mitchell, Nico, Ronnie Hawkins, and Robbie Robertson. Nobel Prize-winner Bob Dylan once listed ‘Sundown’ and ‘If You Could Read My Mind’ among his favourite Lightfoot songs, before adding, ‘I can't think of any I don't like.’ In addition to winning nearly every Canadian music award, in 2012, Lightfoot was inducted into the American Songwriters Hall of Fame alongside such luminaries as Leonard Cohen, Kris Kristoffersen, and Dylan; it honoured Lightfoot as a singer who helped ‘define the folk-pop sound of the 1960s and '70s.’

“Biographer Nick Jennings has had unprecedented access to the notoriously reticent musician. He chronicles Lightfoot's early efforts--his school principal recorded a disc of ‘Gordie’ singing at age 9--to his beginnings as a songwriter to his heyday in concert halls around the globe. Possessed of a strong work ethic and a perfectionist bent, Lightfoot brought discipline to his craft and performances. But he partied just as hard in that rock 'n' roll era, and alcoholism began to take its toll. Lightfoot toured relentlessly and his personal life suffered as marriages and relationships unravelled. At 63, he suffered an aortic aneurysm that nearly killed him and kept him in a coma for six weeks. But his amazing stamina helped him survive and miraculously saw him on stage once again, resuming his touring and yearly sold-out show at Massey Hall.

“Jennings paints an unforgettable portrait of an artist in the making, set against the turbulent era of sex and drugs and rock 'n' roll. Voices from the music industry mix with loyal fans to illustrate how the boy from small-town Ontario became the legendary bard of Canada. Stuffed with anecdotes and the singer's own reminisences, Lightfoot is an exhilarating read.”