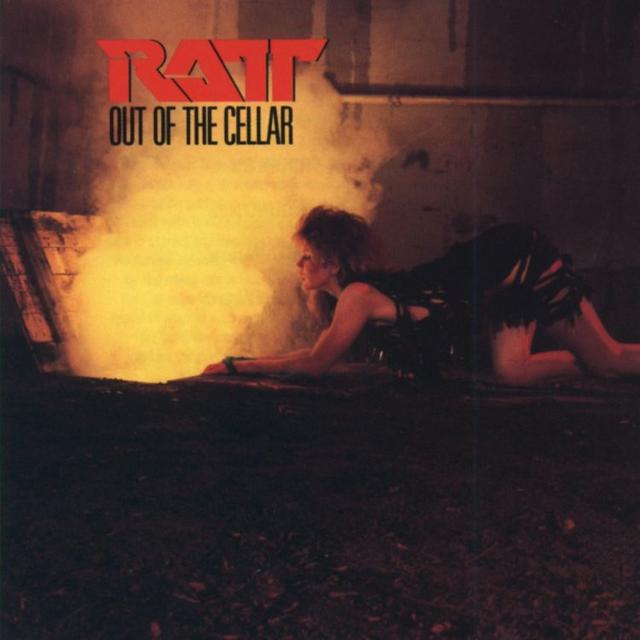 We don’t know what it is about this feature that leads us to seemingly always end up featuring two guys who we could see teaming up for a buddy comedy, but that’s not what this is about. As ever, we’re returning to the Rhino Reading Room to remind you of two artists from the Rhino catalog who are both celebrating birthdays this month and have written memoirs. You don’t necessarily have to be a big fan of both artists to keep reading, but if you enjoy getting immersed in the life stories of musicians, then you might just want to read about both of them!

A jaw-dropping tell-all from the lead singer of the 1980s supergroup Ratt: the groupies, the trashed hotel rooms, the drugs—and just how much you can get away with when you’re one of the biggest hair metal stars of all time.

Women. Spandex. Drugs. Hair spray. . . . Welcome to heavy metal rock ’n’ roll, circa 1980, when all you needed was the right look, burning ambition, and a chance. Stephen Pearcy and supergroup Ratt hit the bull’s-eye. What they did with their fame and fortune is a riotous tale of . . .SEX, DRUGS, RATT & ROLL.

Pearcy was a scrawny, horny, thrill-seeking teenager with an electric guitar who had graduated from backyard parties in San Diego to half-empty dives in Los Angeles before he and his band broke through at Whiskey a Go Go. Cranking out metal just as metal got hot, Ratt was the perfect band at the perfect time, and their hit single “Round and Round” became a top-selling anthem. The bigger Ratt got, the more excessive Pearcy and his “pussy pirates” became. There was nothing these guys wouldn’t snort, drink, bed, or break. And the fans were just as bad, as husbands and mothers offered up nubile wives and daughters as tribute to their rock ’n’ roll idols.

On a journey that could happen only in America, Pearcy met everyone from Michael Jackson to Drew Barrymore (at age twelve, at a New York nightclub, at 2 a.m.) to Rodney Dangerfield. His infamous partner-in-crime, Ratt guitarist Robbin Crosby, a blond Viking with an unsurpassed appetite for drugs and women, cuts a towering and tragic figure throughout.

As Ratt scrambled up a wall of fame and wealth, so they experienced the gut-wrenching free fall, after too many hours in buses, planes, and limos; too many women; too many drugs; and all the personality clashes and ego trips that marked the beginning of the end. Pearcy offers a stunningly honest selfportrait of a man running on the fumes of ambition and loneliness as the party crashed. His rock ’n’ roll confessional, by turns incredible, hilarious, and lyrical, is a story of survival—and a search for the things that matter most.

On the 40th anniversary of The Band’s legendary The Last Waltz concert, Robbie Robertson finally tells his own spellbinding story of the band that changed music history, his extraordinary personal journey, and his creative friendships with some of the greatest artists of the last half-century.

Robbie Robertson's singular contributions to popular music have made him one of the most beloved songwriters and guitarists of his time. With songs like "The Weight," "The Night They Drove Old Dixie Down," and "Up on Cripple Creek," he and his partners in The Band fashioned a music that has endured for decades, influencing countless musicians.

In this captivating memoir, written over five years of reflection, Robbie Robertson employs his unique storyteller’s voice to weave together the journey that led him to some of the most pivotal events in music history. He recounts the adventures of his half-Jewish, half-Mohawk upbringing on the Six Nations Indian Reserve and on the gritty streets of Toronto; his odyssey at sixteen to the Mississippi Delta, the fountainhead of American music; the wild early years on the road with rockabilly legend Ronnie Hawkins and The Hawks; his unexpected ties to the Cosa Nostra underworld; the gripping trial-by-fire “going electric” with Bob Dylan on his 1966 world tour, and their ensuing celebrated collaborations; the formation of the Band and the forging of their unique sound,  culminating with history's most famous farewell concert, brought to life for all time in Martin Scorsese's great movie The Last Waltz.

This is the story of a time and place--the moment when rock 'n' roll became life, when legends like Buddy Holly and Bo Diddley criss-crossed the circuit of clubs and roadhouses from Texas to Toronto, when The Beatles, Hendrix, The Stones, and Warhol moved through the same streets and hotel rooms. It's the story of exciting change as the world tumbled through the '60s and early 70’s, and a generation came of age, built on music, love and freedom. Above all, it's the moving story of the profound friendship between five young men who together created a new kind of popular music.

Testimony is Robbie Robertson’s story, lyrical and true, as only he could tell it.

Metal March 1984: Ratt Release OUT OF THE CELLAR
THIS IS THE ARTICLE BOX TEMPLATE