Rhino’s Got You Covered: WEST SIDE STORY Edition 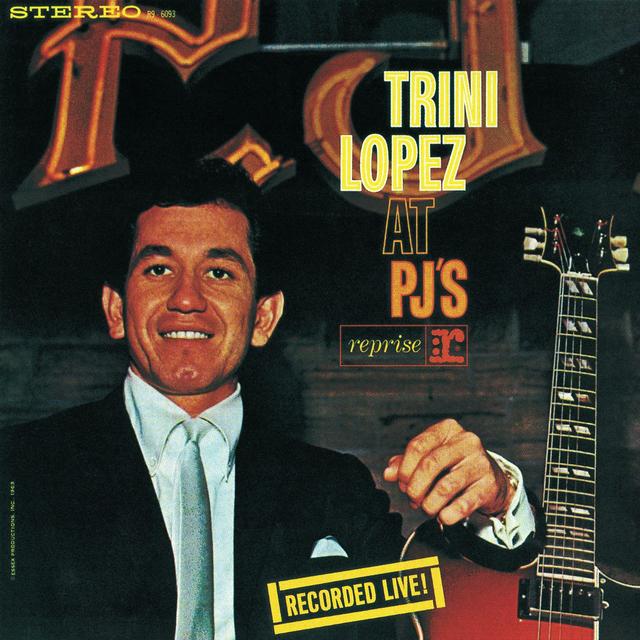 •    Yes, “Something’s Coming” (1969): Given just how original their original material was, it’s often dismissed that Yes started their career by playing covers, even including a couple of them on their debut album. "But what covers they were, given the full Yes treatment!” said Peter Banks in the Yes bio Close to the Edge. “We didn't just rearrange a song -- we celebrated it with much enthusiasm!" Indeed, this was the case here, as a single spin will reveal.

•    The Drifters, “Tonight” (1964): This track hails from the group’s THE GOOD LIFE WITH THE DRIFTERS album, which stands out among their ‘60s discography for its decidedly jazzier sound. We don’t know what led the guys to cover the track, but we do know that one of their regular songwriters, Gerry Goffin, was a huge West Side Story fan, so that certainly couldn’t have hurt.

•    Trini Lopez, “A-Me-Ri-Ca” (Live at PJ’s 1963) (1963): At a cursory glance, if you didn’t know anything at all about Lopez or his work, you might think that this was some kind of Jose-Jimenez style comedy single, but Lopez was and – since he’s still with us at age 81 – remains a well-respected musician. Heck, he even designed a Gibson guitar in 1964! In other words, if you like what you hear, we’d recommend that you listen to more of Lopez’s work. Trust us, there’s plenty of it out there!

•    Tom Waits, “Somewhere” (1978): We’d understand if you saw this combination of artist and cover songs and just laughed out loud at the thought of it, but if you’re a Waits fan, then either you already know how great it is or you’re champing at the bit to hear it. When Robert Christgau reviewed Waits’ BLUE VALENTINE album, he said, “As sheer sendup, his 'Somewhere' beats Sid Vicious's 'My Way' his way,” but that wasn’t why Waits did it. According to producer Bob Alcivar, “Tom said, ‘I’ve always wanted to do that song.’ I said, ‘How are we getting to do it?’ He said, ‘Why don’t you pretend I’m Frank Sinatra and write what Nelson Riddle would write?’ And it was perfect.’”

Deep Dive: Yes, OWNER OF A LONELY HEART
THIS IS THE ARTICLE BOX TEMPLATE