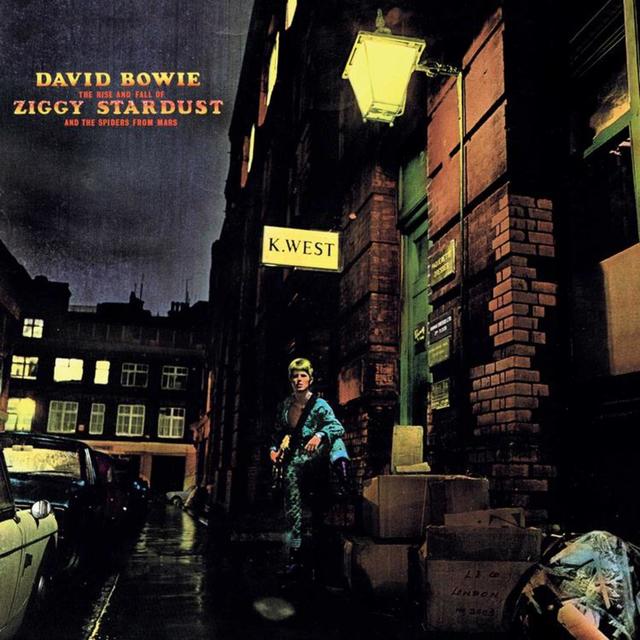 48 years ago today, a song which was ultimately destined to appear on THE RISE AND FALL OF ZIGGY STARDUST AND THE SPIDERS FROM MARS was released as a single, although you may be surprised to discover that it wasn’t credited to David Bowie.

When “Moonage Daydream” first saw release as a 45 RPM single on May 7, 1971, it was attributed to The Arnold Corns, a band which has been mostly forgotten over the decades…or, to utilize a term that’s bandied about quite a bit these days, the David Bowie story is generally retconned to ignore their presence. They were formed at Dulwich College, and Bowie agreed to write some songs for them, but since he’d also agreed to write some songs for a singer named Freddie Burretti, he decided to pitch the idea of Burretti joining forces with The Arnold Corns.

When The Arnold Corns entered the studio for the first time, they recorded a trio of Bowie songs: “Lady Stardust,” “Moonage Daydream,” and “Right on Mother.” Three months later, they entered the studio to record two more songs, but those aren’t relevant to this story. What is relevant, however, is the fact that Burretti, while credited as the vocalist, wasn’t actually the vocalist. Bowie was.

Not that many people knew this to be the case, mind you, since the single didn’t in any way, shape, or form set the charts on fire. And it ultimately didn’t matter anyway, since Bowie did a proper recording of the song soon enough and found considerable acclaim then.