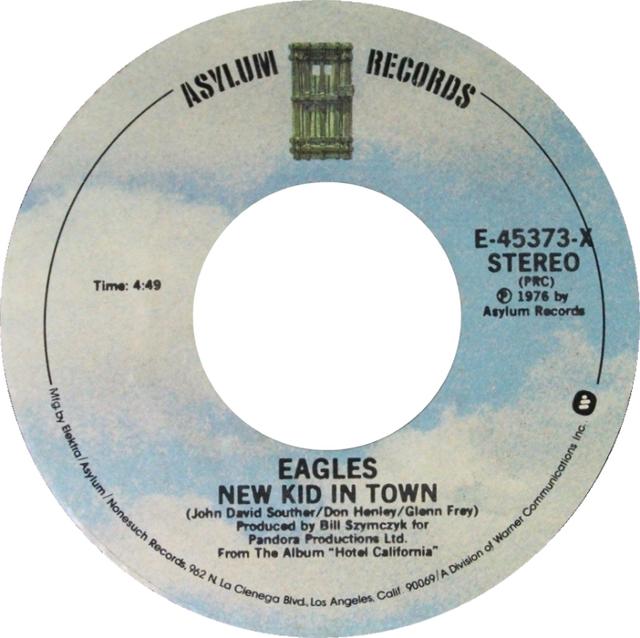 Way back yonder in 1976, the Eagles released the first single from their HOTEL CALIFORNIA album, but do you know the story of how that single came into existence in the first place?

Written by Glenn Frey, Don Henley, and J.D. Souther, “New Kid In Town” was one of those songs that started as a chorus and had the rest of the track constructed around it. The author of that chorus was the aforementioned Mr. Souther, who – after penning it – played it for the Eagles members, who promptly declared that it sounded like a hit. Uncertain about how to progress with the track, however, Souther set it aside for awhile. It was about a year later when – in the midst of the writing sessions for HOTEL CALIFORNIA – Souther picked it back up and sat down with Messrs. Frey and Henley in an effort to try and turn it into something approximating an actual song.

In an interview with Song Facts, Souther explained that the lyrics came about because of their fascination with gunfire as an analogy. “At some point some kid would come riding into town that was much faster than you and he’d say so, and then he’d prove it,” said Souther. “We were just writing about our replacements.”

Henley waxed further philosophical in the liner notes of the band’s VERY BEST OF collection: “It's about the fleeting, fickle nature of love and romance. It's also about the fleeting nature of fame, especially in the music business. We were basically saying, 'Look, we know we're red hot right now but we also know that somebody's going to come along and replace us — both in music and in love.'”

“New Kid in Town” certainly confirmed that the Eagles were still holding onto their red-hot status: the track topped the Billboard Hot 100, and when Rolling Stone reflected on the band’s back catalog in 2016, they declared the song to be the Eagles’ 5th greatest song ever.