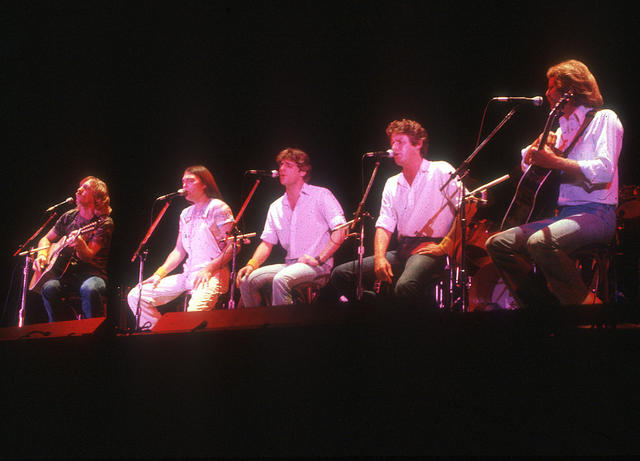 "Seven Bridges Road" became part of Eagles' live show after serving a specific purpose for the outfit backstage, with the group using the song to warm up their voices before hitting the stage. The warmups sounded so good that the band eventually started opening concerts with their rendition of the song.

It "blew [the audience] away," according to guitarist Don Felder in his book, Heaven and Hell: My Life in the Eagles. "It was always a vocally unifying moment, all five voices coming together in harmony." As the "new" song on the Live album, the track was released as a single on December 15, 1980. "Seven Bridges Road" made a strong chart run in America, peaking at #21 on the Hot 100 for the week of February 8, 1981. The #1 song in the country that week: Kool & the Gang's "Celebration."

Single Stories: Eagles, NEW KID IN TOWN
THIS IS THE ARTICLE BOX TEMPLATE

November 1979: Eagles Hit #1 on the Hot 100 with HEARTACHE TONIGHT
THIS IS THE ARTICLE BOX TEMPLATE