Single Stories: Grandmaster Flash and the Furious Five “The Message” 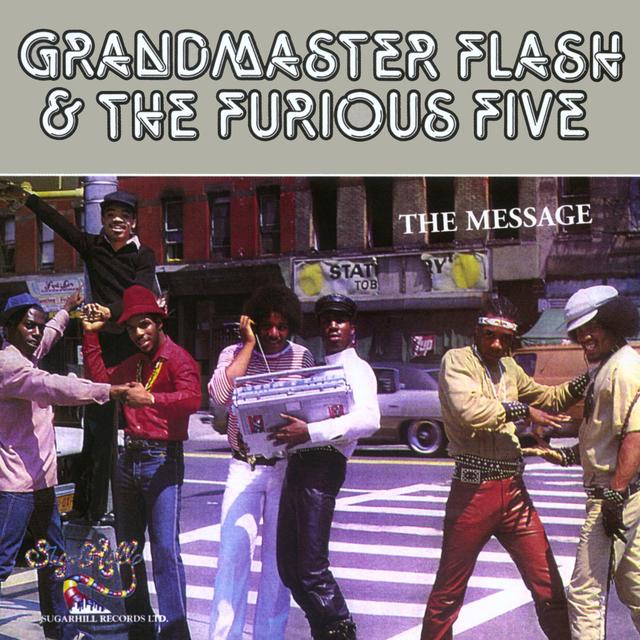 37 years ago today, Grandmaster Flash and the Furious Five released one of the most iconic rap singles of all time, and if that’s not a good enough excuse to feature the track in our Single Stories column, we don’t know what is.

Formally credited to Edward G. Fletcher, Melle Mel, Sylvia Robinson, and Clifton “Jiggs” Chase, “The Message” arrived when rap was still in its infancy as a musical genre (at least as far as mainstream audiences were concerned, anyway), but it nonetheless stood out from the pack by featuring lyrics which tackled a serious issue – inner city poverty – rather than being a bunch of self-congratulatory boasts. In fact, Melle Mel admitted in an NPR interview that the group originally didn’t want to do the song because it wasn’t what they were used to rapping about.

Thankfully, the group changed their mind: “The Message” went on to be one of the most influential songs of all time, and writer Cherese Jackson explained the reasons for its importance in a March 2019 article for Liberty Voice:

The reality in 1982 was that millions from the projects in Brooklyn, New York to the ghettos of Watts in California were given very little in the way of choices or opportunities in how they could live. Contrary to what the White House was saying or the news media were reporting, black and brown people were not just these unsavory characters addicted to drugs, crime, and unwedded pregnancies. They were children born into abstract devastation and were desperately looking for a way of escape.

Often mistaken for a threat, “Don’t push me because I am close to the edge,” was actually a cry for help…or at the least, an acknowledgment. People who felt trapped in these inhumane circumstances were lamenting that life was not all good in the “hood.” The hood had become the place were dreams and people were forgotten. Tucked away neatly out of the line of sight of America, the government could easily throw money, subsidized housing and food stamps at them in hopes they would kill themselves and keep it quiet. But out of those concrete streets grew a restlessness that would not be quilled. There was a story that needed to be heard, and hip-hop became the vehicle in which that was possible.

Mind you, the chart success of “The Message” wasn’t nearly as impressive as its history would lead you to believe: while it climbed to #4 on the Billboard Hot Black Singles chart, it topped out at #62 on the Hot 100. The UK, on the other hand, was far more receptive to the song, sending it to #18 on their singles chart. But in the long run, it doesn’t really even matter how it did on the charts. What matters is the seismic change it caused in music, one which continues to ripple to this day.

Happy 30th: Grandmaster Flash & The Furious Five, ON THE STRENGTH
THIS IS THE ARTICLE BOX TEMPLATE