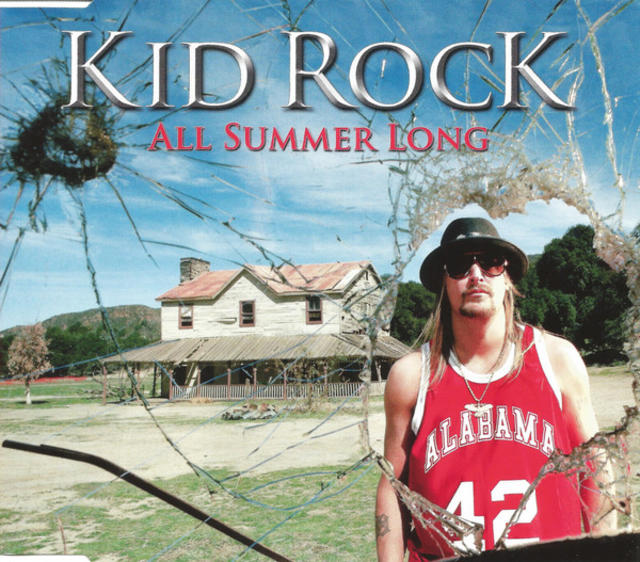 According to the legend, Detroit music producer Mike E. Clark was hanging out with half of the city's notorious rapping clowns, ICP, when an idea was hatched: ICP's Violent J thought it might sound cool to make a beat out of Warren Zevon's 1978 classic, "Werewolves in London." Clark was impressed enough with the results to share it was a friend.

"So my engineer (Clark) came in while we doing Rock and Roll Jesus, and he had 'Werewolves of London' looped up over a beat," Kid Rock explained to The Tonight Show in 2014 about the moment of truth. "I was like, 'Oh, that's cool, but I'm not really doing that type of thing right now, it's a different type of record. And I sat there listening to it going on, and I had a guitar in my hand. I started plucking 'Sweet Home Alabama' to it, which is in the same key. It fit perfectly with the chord structure. If you throw an F in there, it's 'Take the Money and Run.' There's a million songs in that vein."

The Kid was also inspired by a shift he experienced in the mid-00's club scene: "I never liked to go to clubs and go (makes the sound of relentless four on the four beats with his mouth) all night long. It drove me up the wall. But then when they started doing the mashups, with the hip-hop beats and the classic rock songs, I was like, I can get into this, I like this. When used to do mashups when I was a kid, different stuff like that, spinning 45 records, but putting them on 33 and mixing them with hip-hop records and stuff. So it's kind of been my world for a long time."

For being such a decidedly American track, "All Summer Long" was a global hit for Kid Rock, hitting #1 on the singles charts in Australia, Switzerland, the Netherlands, Austria, Scotland, Ireland, and Germany. On the US Mainstream Top 40, the tune hit #4. The song's popularity allowed the Kid to cross over to the country charts, where it climbed all the way to #4 on the Hot Country Songs chart. On the Adult Contemporary chart, it peaked at #14.

"Even though a lot of critics go, 'Oh, he just ripped off a song,' or whatever, I actually thought it was very creative," Kid Rock stressed. "I was doing something that had never been done. Because even though mashups had been done, nobody's ever taken two songs, mashed them up, and written an original lyric and melody over the top of it. So, we did it, and um, it seemed to work out pretty well."

FUN FACT: Kid Rock credits everyone involved with the original songs behind "All Summer Long" as a songwriter on the track. The songwriters of "Werewolves of London" (Leroy Marinell, Waddy Wachtel and Warren Zevon), the songwriters of "Sweet Home Alabama" (Ed King, Gary Rossington and Ronnie Van Zant), Matthew Shafer (AKA Uncle Kracker), and himself, Robert Ritchie (Kid Rock).

THE ONE AFTER THE BIG ONE: Kid Rock, KID ROCK
THIS IS THE ARTICLE BOX TEMPLATE