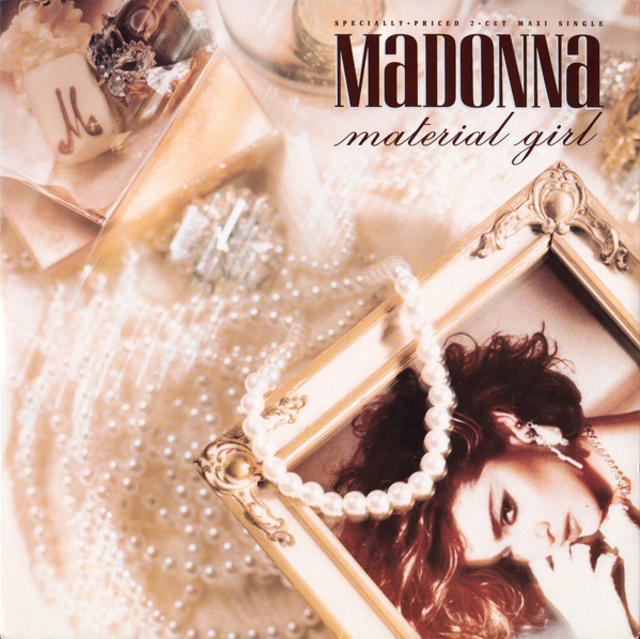 It was the dawn of 1985, and Madonna had established herself as one of the biggest pop stars in the world. "Like a Virgin," the lead single and title track from her second album, and rocketed to #1 on the Hot 100 for the week of December 22, 1984. When it came time to return with single number two, Madge went with the opening number from the LP: "Material Girl."

Like the album's title song, "Material Girl" was written by someone other that Madonna herself. In this case, the singer picked the tune from a demo tape by Peter Brown and Robert Rans: "I liked them both because they were ironic and provocative at the same time but also unlike me," Madge told Rolling Stone in 2009. "I am not a materialistic person, and I certainly wasn't a virgin, and, by the way, how can you be like a virgin? I liked the play on words, I thought they were clever. They're so geeky, they're cool...They just resonated with me. I've never been a good judge of what things are going to be huge or not."

Released as the second Like a Virgin single in January 1985, "Material Girl" was another breakout hit, soaring up the charts. The track peaked at #2 on the Billboard Hot 100 for the week of March 23, 1985. The song that blocked Madonna from the top spot: REO Speedwagon's "Can't Fight This Feeling."

"I feel lucky to be able to afford a Frida Kahlo [painting] or live in a nice house, but I know that I can live without it," Madonna countered when questioned about her materialistic status. "I'm resourceful, and if I ended up in a log cabin in the middle of the forest, that would work too. These things are not mandatory for my happiness. That's what I meant by 'I'm not a materialistic person.'"

"Material Girl" arrived with a splashy music video that referenced classic Marilyn Monroe film, Gentlemen Prefer Blondes, and Monroe's iconic performance of "Diamonds Are a Girl's Best Friend." The clip was directed by Mary Lambert, but featured actor Keith Carradine as the imaginary director in the video.