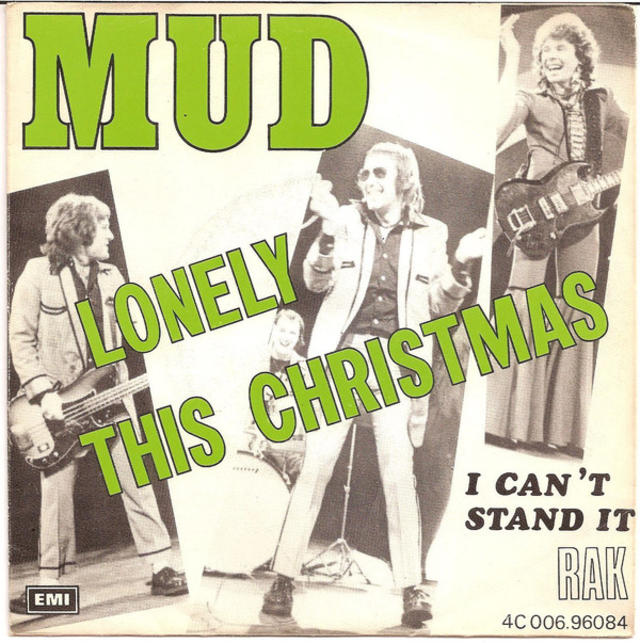 Formed in the mid-1960s, glam-rock outfit Mud found its greatest success when they teamed up with glam songwriting legends, Mike Chapman and Nicky Chinn. The year was 1974, and Mud alongside Chapman and Chinn produced #1 smash, the hard-charging "Tiger Feet."

It was in December of the same year when the dream team conjured up the downbeat holiday tune, "Lonely This Christmas." The song looked to rock pioneer Elvis Presley in his late-period crooner mode for inspiration, and the results were so spot on that many mistook singer Les Gray for the "The King" himself on first listen. Selling more than 750,000 copies, the track snatched the coveted #1 Christmas single crown for the year 1974 over the week of December 22, 1974, holding the top spot for four weeks through mid-January 1975. over the years, "Lonely This Christmas" has been covered by a wide range of artists, from Carter the Unstoppabtle Sex Machine and the Growlers to KT Tunstall and Los Campesinos.

"I was doing an Elvis on that, but it was really a send-up of all those smoochy songs," the late Gray remembered years later (via The Independent). "It works because it can also be taken seriously. I remember playing it on tour and some of the fans were crying and others were laughing."

Just last year, RHINO released an official music video for the timeless holiday song. Check it out below.