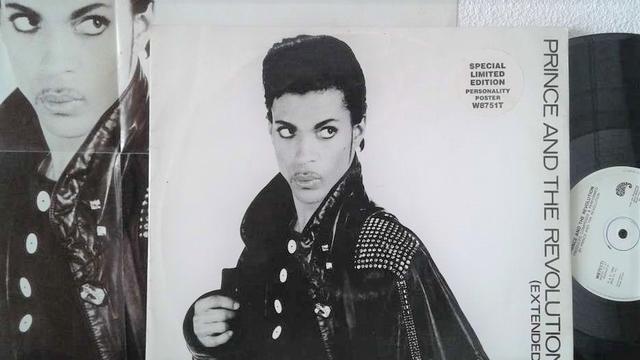 It was the mid-1980s, and life was grand in the Prince universe. He'd become a superstar on the strength of the Purple Rain album and movie, and Prince's "Midas touch" was coveted by artists throughout the music industry.

After confounding some fans and critics alike with 1985 follow-up, Around the World in a Day, however, some were starting to question Prince and his commercial powers. That didn't change when he first dropped off a copy of the song that would be the lead single for Parade, his next (and ultimately last) album with the Revolution, "Kiss."

"It was so different to everything else out there that the Warner Brothers executives freaked out when they first heard it," producer David Z told Sound on Sound about the initial reaction to the song around the label. "I was going to get credit as the producer, arranger, everything, but when I talked to the Warners A&R guy he said, 'Oh man, Prince really screwed up. It sucks.' I thought, what? My heart just hit the floor. He said, 'It sounds like a demo. There's no reverb, there's no bass -- it's terrible.'

"I was shaken and really disappointed," David Z added. "At that time, however, Prince had enough power to go, 'That's the single and you're not getting another one until you put it out.' The rest is history. When he recorded 'Kiss', Prince was actually going down in terms of his popularity. He had already hit his peak and people were going, 'Ah, Prince is over with.' Well, that song, because it was so different, totally reignited his career and a year later Warners were trying to sign people who sounded like that."

"I remember speaking to that A&R guy about other things, but I never cornered him in terms of what he'd said about 'Kiss'," David Z laughed. "I didn't think it was my place to do that. The proof was in the pudding."