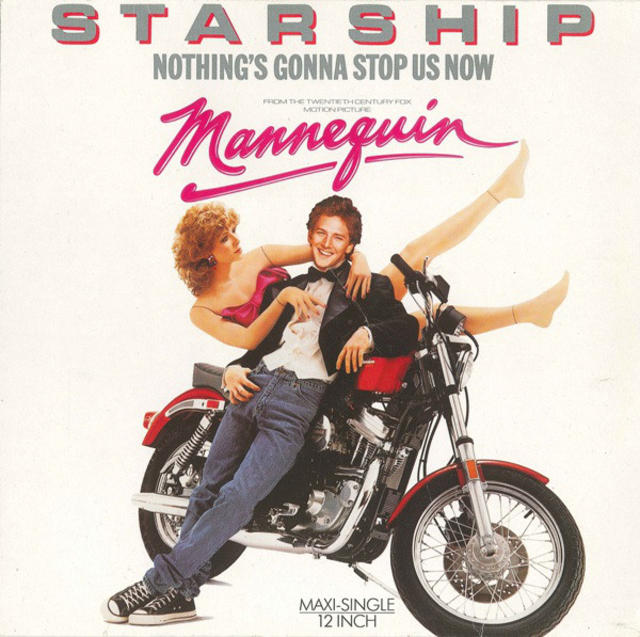 The song was destined to be a hit. Commissioned by film director Michael Gottlieb to be the big song for 1987 Andrew McCarthy/Kim Cattrall rom-com, Mannequin, the track was written by all-stars Diane Warren and Albert Hammond. Starship was on a roll, having just rocked radio and the charts with 1985 album, Knee Deep in the Hoopla.

"I had lived with my girlfriend Claudia for seven years. I had finally gotten divorced from my other marriage and was thinking of writing a song for me to sing and make a demo for our wedding, so I combined the two," Hammond explained. "What we thought of, what I said to Diane was, 'it's almost like they've stopped me from marrying this woman for seven years, and they haven't succeeded. They're not gonna stop me doing it.' That's when suddenly 'Nothing's Gonna Stop Us' Now came up."

The track was produced by in-demand hit-maker Narada Michael Walden, who was eager to work with Starship: "I always dug that '60s thing with Grace Slick. She's a very outspoken women," he told Songfacts. "We're all from the Bay Area, so it's like family. I actually played the drums when I laid the track out. I got Grace to come in, flipped it around so instead of the low part, she wound up singing the highest part. I gave her the highest part and she just killed it. That's when I realized it could be a smash. And when I got happy in the studio, she got happy." While credited as a Starship song, Slick, fellow vocalist Mickey Thomas and guitarist Craig Chaquico are the only band members actually performing on the lush, synth-heavy track.

Released as the lead single for Starship's No Protection album in January 1987, "Nothing's Gonna Stop Us Now" got a big boost when Mannequin hit big screens across the country just in time for Valentine's Day weekend in February. With the movie cruising to #3 at the box-office that weekend, the song impacted hundreds of thousands of movie-goers. The exposure was reflected on radio and the charts, with the tune hitting #1 on the Hot 100 for the week of April 4, 1987. It held the top spot for two weeks straight.