Single Stories: The Monkees, “Unwrap You At Christmas” 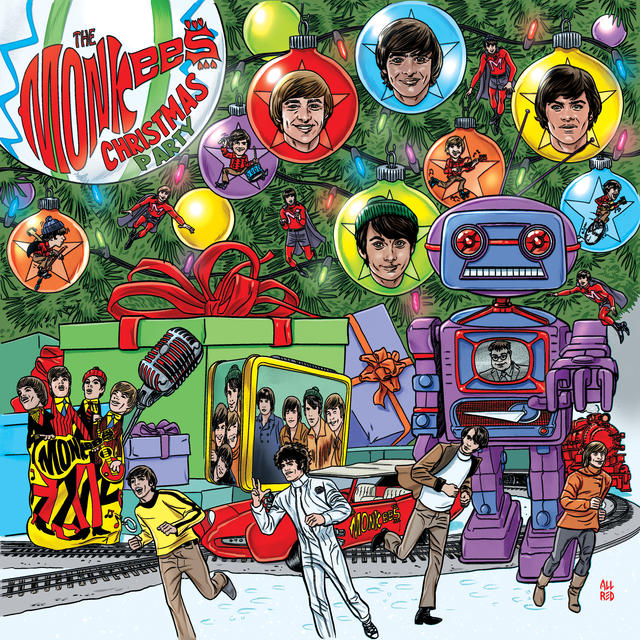 Now that we’re into December and the holiday season is off and running in a big way, we thought we’d take some time to spotlight a new single rather than an old chestnut…although, come to think of it, if the latter would’ve been highly appropriate, come to think of it, what with the way they’re always roasting on open fires right around this time of year.

No, no, it’s too late to turn back now: we’re going to go ahead and spotlight “Unwrap You at Christmas.” (As if you ever thought it would go any other way.)

Written by Andy Partridge, who – in addition to having written “You Bring the Summer” for The Monkees’ 2016 album, GOOD TIMES! – is also responsible for having penned the modern-day holiday classic, “Thanks for Christmas,” “Unwrap You at Christmas” leads off the CHRISTMAS PARTY album, band’s first-ever Xmas LP.

In an interview with Mark Fisher, editor of The XTC Bumper Book of Fun for Boys and Girls, Partridge discussed the origins of the song:

Mark: When I was down in Swindon 18 months ago you played me your demo of "Unwrap You at Christmas" and I thought it sounded fantastic. Now I've been listening to the finished version, it's like one of those songs you think you've always known.

Andy: It’s a very old-fashioned chord change and the melody is very old-fashioned. That was intentional. Christmas is not a time for the avant garde. Christmas is old-timey and ancient. It's older than Christmas – it’s Yule and it's farther back than Yule, no doubt. So if I get asked, "Could you write a Christmas song for a potential Christmas album?" by somebody as big in my make-up as the Monkees, well, I wrote seven songs! Or, actually, I wrote six songs and I already had Unwrap You. It was lovely to be asked and, lo and behold, my song is not only the lead track but they're going to make it a single, so you might be getting sick of it on Radio 2…

Well, you've written it in a way that's designed to be played over and over again in supermarkets around the world for ever.

Andy: I actually wrote it as an exercise. I was trying to make a Phil Spector kind of Christmas thing, something from the late 50s/early 60s. I wrote it for a female voice, which is why Holly sings it on my demo. They had to change the key for the Monkees because Micky doesn't sing up there any more.

Given your history of writing for XTC, was it painful to go as square as you did?

Andy: No, because I love square music. I love out-there music, I love square music, I love all the stuff in the middle. I have no worries and, certainly at this age, I have zero musical ghettos. I can listen to Doris Day and really enjoy it. I can listen to Sun Ra and really enjoy it. I've come to the conclusion there's no such thing as bad music.

There’s also no such thing as bad Monkees video, as we can confirm with the one that’s recently dropped for “Unwrap You At Christmas,” which you can check out below: