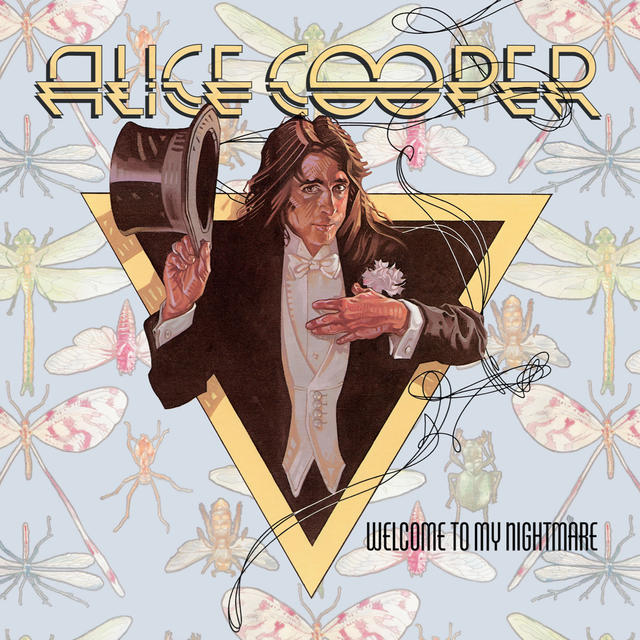 As we continue to creep up on the creepiest day of the year, Rhino will keep offering up quick looks into some of the most famously spooky singles in our catalog, and today we’re tackling the title track of Alice Cooper’s eighth studio album, a song that still holds a special place in the hearts of millions of Muppet Show fans.

Written by the trifecta of Cooper, producer Bob Ezrin, and the song’s acoustic guitarist Dick Wagner, “Welcome to My Nightmare” is literally on AOL Radio’s list of the top 10 best Halloween songs, so it was always a given that we’d have something go say about it at this time of year. It’s funny to look back at reviews of the era and see how much grousing was going on about the WELCOME TO MY NIGHTMARE album in general, most of which was apparently owing to a presumption that Cooper’s sound would always stay the same, no matter with what musicians he was recording music. More recently, however, the retrospective reviews of the album have been tremendously positive, as well they should be, given that it’s one of Cooper’s most classic albums.

But about that Muppet Show appearance...

In an interview with the A.V. Club, one in which he called the appearance “classic,” Cooper admitted that one of the big selling points for doing the show was that Vincent Price had already done it, which absolutely checks out if you know how much Cooper loved Price, so when they invited him to do their Halloween episode, he was all in.

“I said, ‘Well, that's perfect. I watch the show all the time and I think it's probably the hippest show on television. Absolutely. I'd love to do that,’” said Cooper. “We did it in London, and the funny thing was that when you're rehearsing—we were there for a week rehearsing that thing—you're rehearsing with the puppets. And you're talking to the puppets, not realizing that there's a guy down below you, and you're talking to his hand. So you're sitting there, and Kermit's going, [imitates Kermit The Frog] ‘Well, Alice, um, should I move over here a little bit?’ And I'm going, ‘Yeah, yeah, Kermit. I'll tell you what: The arrow's gonna come right through here, and I don't want it to get too close to you.’ And he's like, ‘Oh, I don't want to get hit with it…’ And after a while, I'm going,’What am I doing?!’ I look down, and there's the guy down there, and I'm like, ‘Why am I talking to your hand?’ And I realized that I really was rehearsing with the character.”

Surprisingly, “Welcome to My Nightmare” only reached #45 on the Billboard Hot 100 before beginning its descent, but it hardly matters: it’s still iconic.

Welcome to My Nightmare (Expanded and Remastered)