The Monkees: Inside the HEADQUARTERS Super Deluxe Edition 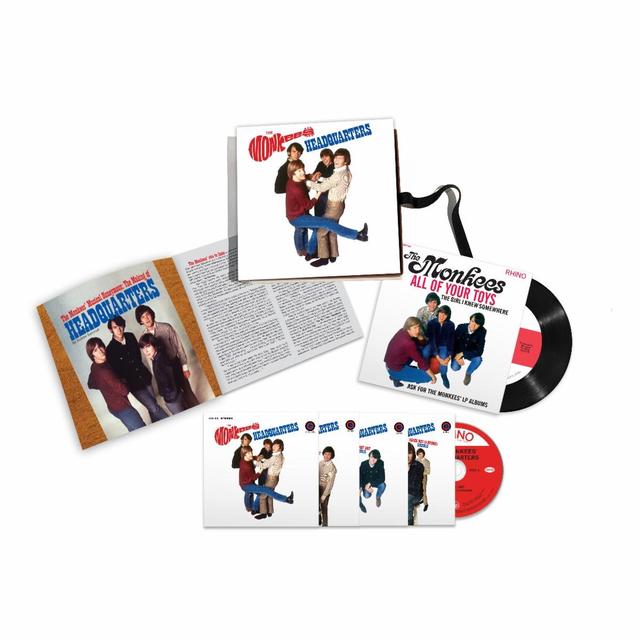 Micky Dolenz has announced the details of his upcoming solo tour, “The Monkees Celebrated By Micky Dolenz.” The tour begins next year on April 1 in Orlando, Florida, and includes 19 shows where Dolenz will present The Monkees’ triumphant third album Headquarters with live performances and videos plus all of the band’s biggest hits. Tickets go on sale this Friday, November 4. Click here for more information about tour dates and sales. A new line of Monkees holiday merch also launched today, including a Christmas ornament and sweater. Shop now.

Dolenz is right to celebrate. The album represents a peak moment for The Monkees in terms of both creativity and camaraderie. Released in May 1967, Headquarters was the first album the group recorded after winning a hard-fought battle for control over its music earlier that year. It sold three million copies and topped the charts, making it the band’s third consecutive #1 album in less than a year.

Rhino honors the landmark recording’s 55th anniversary this year with an expansive new set that shows the genesis of the Headquarters project in full. It boasts 69 previously unreleased recordings, including the entire album newly mixed from the original multitrack elements which were resynched to create the best fidelity version of the album ever available. It also boasts the debut of backing tracks made for an abandoned Don Kirshner-led version of the album, as well as the band’s earliest surviving demos, plus recordings that would be completed in 2016 for The Monkees’ final studio album, Good Times!.

HEADQUARTERS: SUPER DELUXE EDITION contains 4 CDs and a 7” vinyl single with “All Of Your Toys” b/w “The Girl I Knew Somewhere.” Limited to 4,000 copies worldwide, the set will be released on November 18 for $69.98, exclusively at Monkees.com. Pre-orders are available now.

"After completing our first tour as a four-piece band in late 1966, Nez perceptively remarked that, 'Pinocchio had become a real little boy.' By the end of March 1967, Pinocchio had actually become quite a cool little dude (if I do say so myself) with the completion of Headquarters, the first studio album that we had been allowed to create entirely amongst ourselves,” says Dolenz.

“Monkee music was great music. Terrific songs crafted by gifted writers and produced by skilled producers. But Headquarters will always hold a special place in my heart. I remember the camaraderie, the collaboration, the enthusiasm and the occasional creative angst. And I particularly remember lying on the floor behind my drumkit between takes eating sunflower seeds.”

The creative journey that led to Headquarters unfolds chronologically on the new Super Deluxe Edition. It documents The Monkees’ struggle for artistic control with Don Kirshner, the group’s music supervisor. The group wanted to write and perform its own music, while Kirshner preferred to continue using outside songwriters and studio musicians to record backing tracks, with the band adding vocals later.

In January and February 1967, Kirshner oversaw sessions in New York where more than an album’s worth of backing tracks were recorded for the band’s planned third record. At the same time, in Hollywood, the Monkees – Dolenz, Davy Jones, Michael Nesmith, and Peter Tork – began recording songs with producer Chip Douglas. The Super Deluxe Edition includes the debut of the band’s earliest demos for “The Girl I Knew Somewhere” and “All Of Your Toys.” The band recorded them in January 1967 at Gold Star Studios to convince Kirshner the group should have more creative input.

Kirshner balked at the idea, and the showdown continued until late in February when he was dismissed from the Monkees’ project after unilaterally removing Nesmith’s “The Girl I Knew Somewhere” as the B-side on the band’s new single and replacing it with a different song. With Kirshner gone, the band quickly took creative control and began recording the album at RCA Victor Studios in Hollywood with Douglas producing (credited as Douglas Farthing Hatlelid).

While previous reissues like Headquarters Sessions (released by Rhino Handmade in 2000) have focused exclusively on The Monkees’ time in the studio, the new collection is the first to revisit the songs Kirshner planned to include on the album. The Super Deluxe Edition introduces 23 previously unreleased backing tracks from those sessions.

Many were recorded by producer Jeff Barry in New York early in 1967. They include several songs he wrote or co-wrote (“99 Pounds” and “Gotta Give It Time”), plus contributions from other songwriters, including two from Neil Diamond, who penned “Love To Love” and “A Little Bit Me, A Little Bit You.”

Along with selections from Headquarters Sessions, the new Super Deluxe Edition digs deep into the vault to uncover even more unheard outtakes from the band’s time in the studio in February and March 1967. The unreleased highlights from those sessions include “Detuned 12-Bar Jam,” an informal recording of Tom Paxton’s “The Last Thing On My Mind,” and different versions of album tracks, like “You Just May Be The One,” “Forget That Girl,” “No Time,” and more.

Grammy®-nominated producer/engineer Andrew Sandoval compiled and remixed the audio and penned the detailed liner notes that accompany HEADQUARTERS: SUPER DELUXE EDITION. In them, he writes: “Rather than plunder the previous reissues...the entire three-month period surrounding the creation of Headquarters has been reexamined to offer a deeper view…The primary goal has not been modernizing or reinventing what is now a legendary work but rather presenting it in the best possible light.”

THE MONKEES CELEBRATED BY MICKY DOLENZ 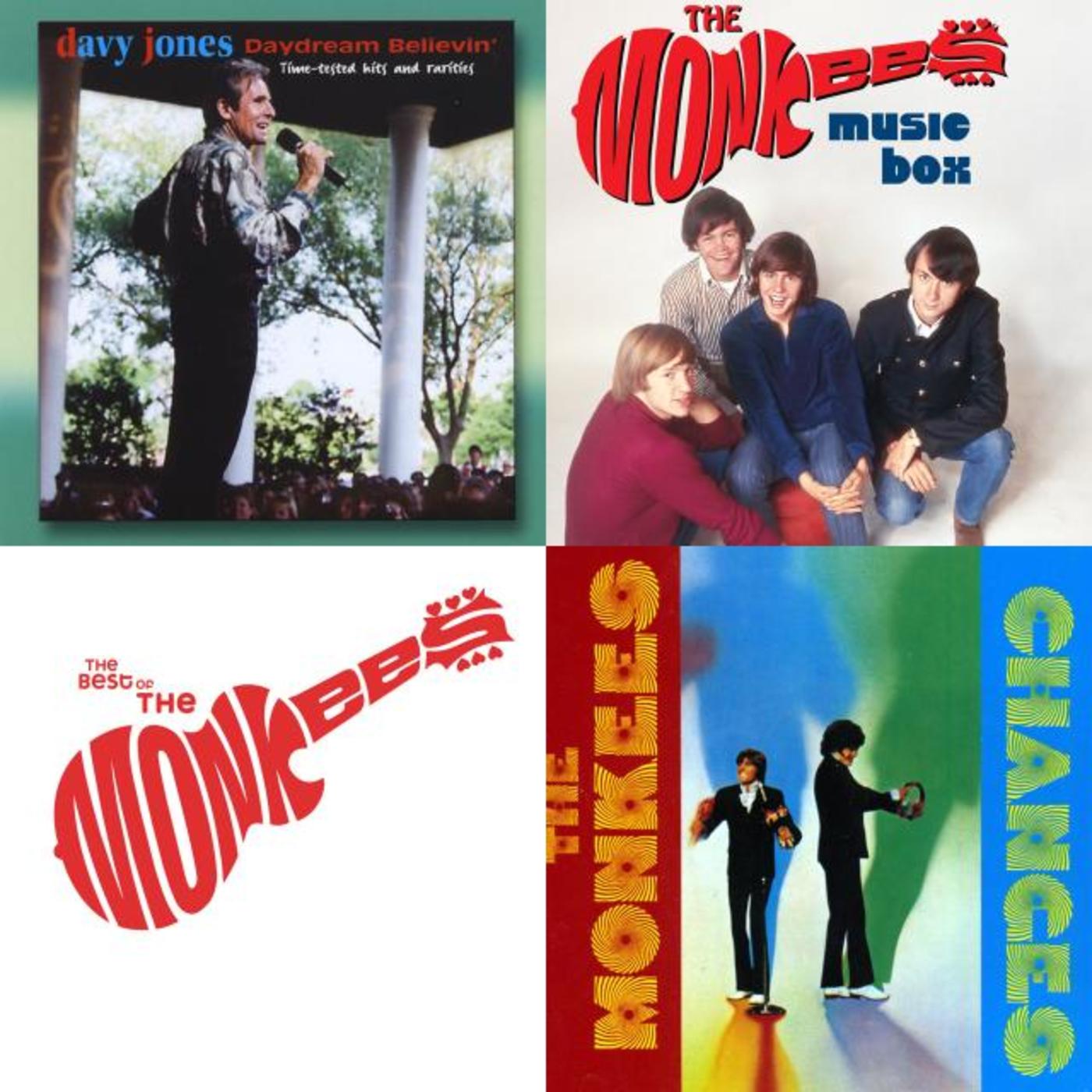 December 1986: Watch The Monkees Sing Christmas Favorites on MTV
THIS IS THE ARTICLE BOX TEMPLATE