THE ONE AFTER THE BIG ONE: Graham Nash, WILD TALES 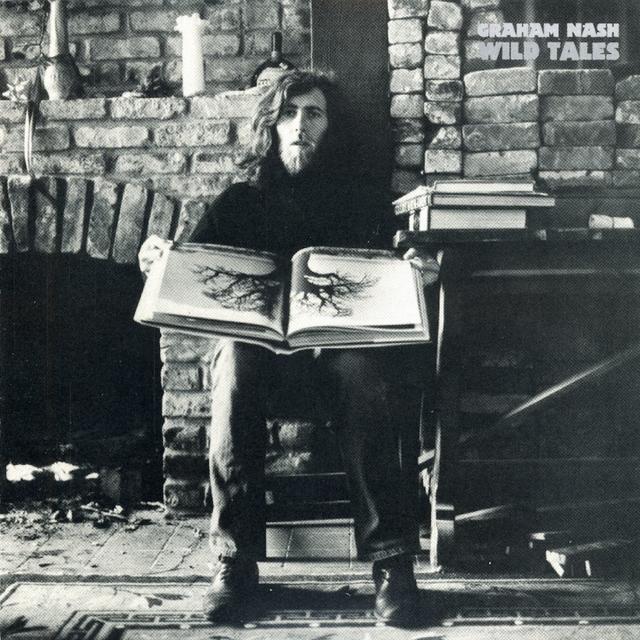 Graham Nash appeared to be in a dour mood in 1973, and there were any number of reasons why. Romantic relationships with Joni Mitchell and Rita Coolidge had gone sour; the Vietnam War was still taking lives; and he could not for the life of him convince his buddies David Crosby, Stephen Stills and Neil Young to make a follow-up to their massively successful 1970 album DEJA VU. It was enough to make any one-time-hippie rock star brood, and brood he did, though because he was Graham Nash, he could channel all that angst and ennui and sadness into the songs that would comprise his second solo album, 1974’s WILD TALES.

The tone of the album might be a bit of a bummer, but it’s an exquisitely rendered bummer, and you need only drop the needle on Side 1, Song 1 (the album’s title track) to understand what was happening. It features a driving rhythm and nasty slide guitar, layered over the electric piano that was omnipresent on the record. Its lyrics pull off a neat trick – decrying corporate shenanigans, computerization of manufacturing (at the expense of human jobs) and infidelity, and somehow tying it all together.

Nash abandons his lyrical sleight of hand in favor of the straightforward heartbreak poetry of “I Miss You.” There’s a snippet of a happy memory (“What did we do last Saturday night / Dining at your mother's on whipped cream and wine”) lodged in the middle of a weighty load of regret. The country shuffle “You’ll Never Be the Same” expounds on this angst, noting how unhappy both he and his ex-lover will be, only this time the singer himself takes the brunt of the culpability (“There's no one I can blame / About my foolish pride”). It’s clear Nash had some emotional detritus to clean out of his system, and he swept it into the music.

Of course, Nash touches on political concerns throughout the album. On “Prison Song,” he expresses solidarity with those serving long stretches of time for buying, selling or smoking weed, employing a plodding folk blues to underscore his points. There’s also “Oh Camil! (The Winter Soldier),” which addresses Scott Camil, Vietnam vet turned antiwar activist. “You fought for your country / For God and for war / Now your heart tells you that can't be real,” Nash sings to and of the man who had seen much pain, and who had turned his energies toward preventing more of it.

The crowning track on the record may well be “And So It Goes,” which sounds strangely like a Neil Young song – perhaps due to the guitar and keyboard work by one “Joe Yankee” (Young under a pseudonym). While the music is bedrock solid, the lyrics are so abstract, their real meaning could be incredibly deep or utter nonsense – you can’t really tell, and it doesn’t really matter.

WILD TALES might not have resonated very deeply in 1974, but fans of the era and of Graham Nash himself should give it another play today; its sound and purpose have aged surprisingly well.