The One After the Big One: Iris DeMent, THE WAY I SHOULD 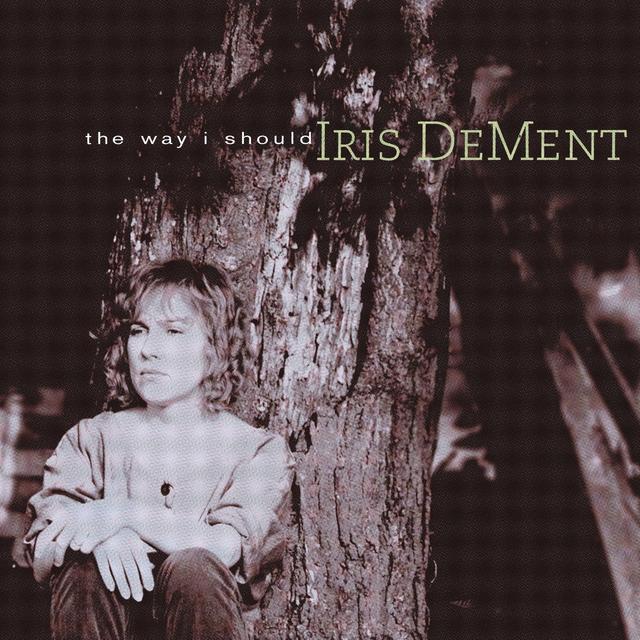 Iris DeMent’s debut album, 1992’s INFAMOUS ANGEL, heralded a strong, authentic voice in country and folk music, a voice that was only amplified when her follow-up record, MY LIFE (1994) became a minor hit, landing in the Top 20 of the Billboard Heatseekers chart of up-and-coming artists. MY LIFE provided an intense listening experience, with its best songs touching on day-to-day struggles (“Sweet is the Melody,” “Easy’s Gettin’ Harder Every Day”), the progression of years (“My Life”), and the loss of loved ones (“No Time to Cry”).

For her third album, DeMent turned her gaze outward, to the world around her, and to the inequities that hold down many of us. The result can be heard in “Wasteland of the Free,” the third track on 1996’s THE WAY I SHOULD, on which DeMent decries “politicians running races on corporate cash,” “CEOs making two hundred times the workers' pay” who will “fight like hell against raising the minimum wage” and “little kids with guns fighting inner city wars,” among other everyday depravities. And she sounds angry; she sounds angry because, in that moment, she was angry. When the album came out, it was startling to hear her normally plaintive, gospel-tinged voice (think of prime Loretta Lynn) raised in anger; it’s still a little unnerving.

“There’s a Wall in Washington” uses the Vietnam War Memorial to explore the sad results of war on those left behind when a soldier dies. Here, DeMent’s voice is one with the heartbreak in the song, set somewhat incongruously against a busy production that sounds a little cluttered, though not so much that it dulls the pain in the song. The same thing happens on the title track, though the overarching mood is one of defiance and not sadness, as DeMent confronts a ghost intent on shaming her for her life, only for her to send it away by the first chorus (having Mark Knopfler back her up on guitar probably helped).

The piano ballads on THE WAY I SHOULD are some of the best, sparest, and most affecting songs on the album. “This Kind of Happy,” co-written with Merle Haggard, is a gorgeous meditation on love and contentment, reminiscent of Haggard’s own “I Always Get Lucky with You” in sentiment. “Walking Home” is a bit more stately, but similar in execution; she replays childhood memories, of her parents and siblings, of chipped plates and worn furniture, and it brings her near tears. Her voice has the same effect on the listener.

The record ends with the blues of “Trouble,” a duet with the great Delbert McClinton. What’s most stunning about the song is how at ease DeMent sounds singing blues music, particularly this up-tempo, electric Texas blues. It leaves the listener wanting to hear more, which is what any good album-ender should do.

THE WAY I SHOULD is a wonderful, sometimes daring album by a woman whose voice we need to hear more these days. Go back, listen to it again and see if you don’t agree.

The Way I Should