THE ONE AFTER THE BIG ONE: J. Geils Band, LADIES INVITED

THIS IS THE ARTICLE FULL TEMPLATE
70s Rock The One after the Big One
J .Geils Band
THIS IS THE FIELD NODE IMAGE ARTICLE TEMPLATE 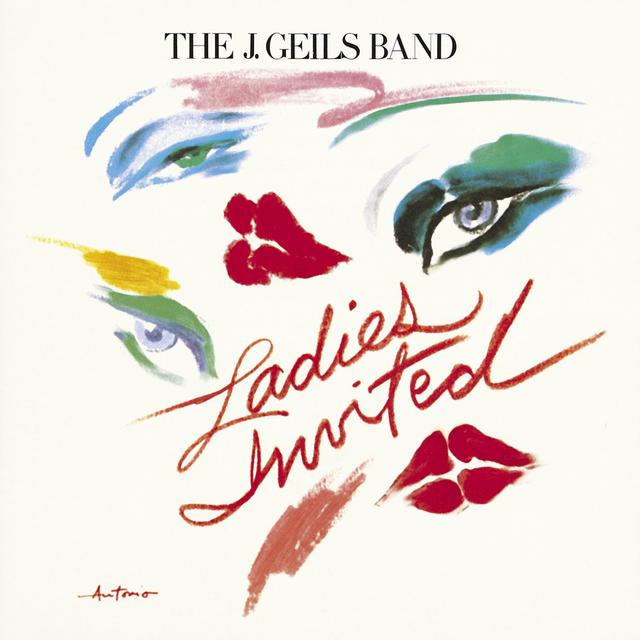 Each of the early J. Geils Band records was a great Saturday night on a platter. Who could resist that Boston-accented blast through Motor City soul and Chi-Town blues? Heck, their third studio record, 1973’s BLOODSHOT, had even hit the national Top 10, and that, if nothing else, was worth celebrating, because it kept a good-time, great-spirited, R&B-worshipping rock ‘n’ roll band on the road, playing ever-larger halls, spreading the word to ever-increasing gatherings of like-minded party people. If they pulled into your town, a good time was definitely in the offing.

Bands of Geils’ ilk tended to make a record more or less every year, so you didn’t have to wait very long until they came around again, or at least until you had a fresh set of tunes to throw on at the next kegger. LADIES INVITED followed BLOODSHOT by a mere seven months, proving the J. Geils Band had soul to spare and plenty to share, and by putting it on today – this very day – you would be doing yourself and anyone else in earshot a tremendous favor.

The first notable thing on LADIES INVITED is that front man Peter Wolf and keysman Seth Justman wrote everything on the record – the first time that had happened on any of the band’s albums. Their collaboration bears fruit instantly with “Did You No Wrong,” which kicks off the record with an almost bubblegum pop feel – quite the surprise. This lasts through two verses and choruses until everything slows to a crawl so Wolf can commence pleading. And believe us – no one could plead quite like Wolf. He does it some more on “Take a Chance (on Romance),” but it’s a hard-driving groove that pushes his imploring on that one.

“No Doubt About It” brings the bands’ three major strengths to the fore, to great effect. Three stop-time verses and choruses feature Wolf’s vocal and J. Geils’ guitar dancing in unison, before everyone breaks out into a four-on-the-floor boogie, a solo spot for Magic Dick to blow his amped-up blues harp and blow the song up for a few bars. The band reassembles the song briefly before sending it flying beautifully off the rails; everyone who wants to solo gets to solo, all at once. You have to wonder how long this went on after the fade-out. Probably days.

“Lay Your Good Thing Down” is Wolf doing his shuck and jive for a woman who won’t give him the kind of lovin’ he thinks is due him, a sentiment relayed to the source of his affection as a great AM radio hit that never was.  And don’t skip over “Diddyboppin’” which is all jive, as Wolf spins tall tales and philosophizes on love with some exquisite nonsense (“Some like it easy / Some like it hard / Some keep it buried / In their backyard”).

LADIES INVITED is a fine jewel in the J. Geils Band’s early discography. Put it on at your next celebratory occasion – it’s tailor-made for such things.