The One after the Big One: Little Village, LITTLE VILLAGE 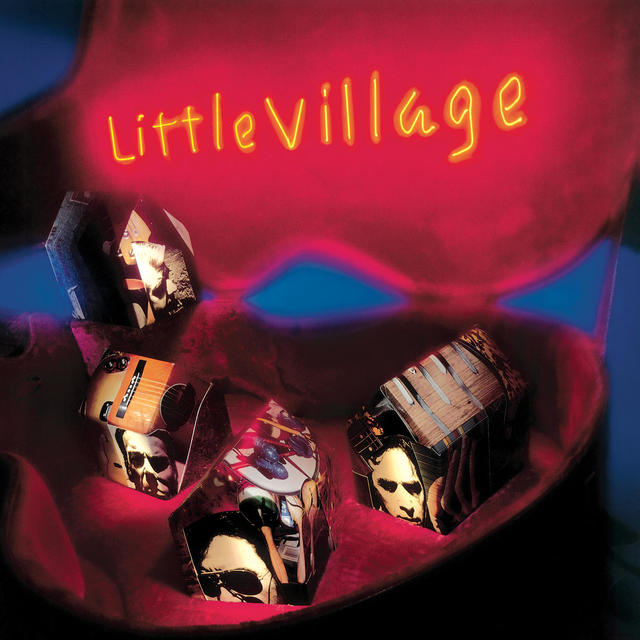 Rumor has it that prior to the recording his 1987 album BRING THE FAMILY, John Hiatt was asked by producer John Chelew to name his dream band – if he could have anyone play on what would become his breakthrough record, who would he choose? Hiatt told him he’d get his old friend Nick Lowe to play bass, studio vet Jim Keltner to play drums and the great Ry Cooder to play guitar. But such a band seemed too far out of his reach to seriously contemplate. Lo and behold, whether by providence, good luck or the force of Chelew’s charm, those very players were assembled for the four days of barebones, lightly budgeted sessions it took to record songs like “Have a Little Faith in Me,” “Thing Called Love” and “Lipstick Sunset,” songs that made Hiatt’s reputation and turned around his moribund career.

Fast-forward four years, as the four musicians found themselves on break from their respective regular gigs and in need of some creative stimulation. They reconvened, dubbed themselves Little Village and promptly crafted a clever album of the same name, one that serves as a fine follow-up to their first foray together. It’s also a lot of fun.

Don’t believe us? Drop the needle on LITTLE VILLAGE’s opening cut, “The Solar Sex Panel,” an ode to male-pattern baldness that finds Hiatt calling himself both a “love regenerator” and “ultraviolet penetrator” in what had to be the goofiest come-on of the ‘90s. Elsewhere, “She Runs Hot,” the album’s first single, uses the long standing car-as-a-woman trope to humorous effect, and Cooder takes lead vocal on the party-forward “The Action,” describing “a jumpin' little place” to spend the perfect evening.

It’s not all fun and games, though. Lowe sings of love lost, rekindled and lost again in “Fool Who Knows,” with all the expected regret and angst. “Big Love” is a ballad of yearning for “love as big as an ocean,” ostensibly sung by a character who had it once, but not again. And speaking of ballads, “Don’t Think About Her When You’re Trying to Drive,” in spite of its lightly comical title, is a big, dramatic slow song that will break your heart if you are in the appropriate frame of mind. It’s also one of Hiatt’s finest vocal performances, period.

LITTLE VILLAGE was not the commercial hit that all involved had hoped for, and eventually everyone went back to make great music at their respective day jobs. But to have a second helping of songs from such a great band was something of a blessing, and still a cool listen today (particularly on vinyl). Do check it out.