The One After the Big One: Pet Shop Boys, ACTUALLY 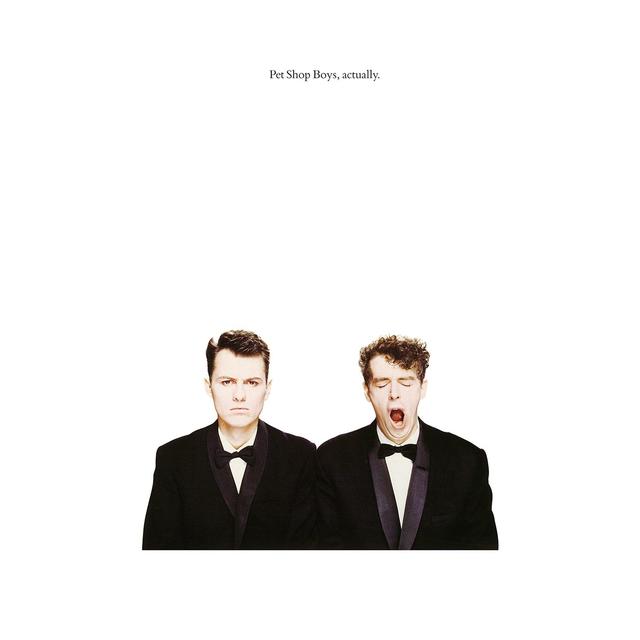 Why aren’t the Pet Shop Boys discussed when conversation turns to the great bands of the ‘80s and early ‘90s? Or even when talk turns to the bands of that era still making vibrant, exciting music today? U2 is still a stadium-packing musical monster, and rightfully so — they made era-defining hits and albums and continue to make engaging music today (albeit with reduced commercial returns). Bon Jovi, lite-metal cheese and all, sold tens of millions of their late ‘80s and early ‘90s work, and still sell hundreds of thousands of tickets on their umpteenth circuit through arenas the world over.

Nobody expects Neil Tennant to stalk a stage in front of 50,000 people like Bono does — Tennant is not a man of grand gesture — and synth-pop has, with the exception of a band like Depeche Mode, generally not been deemed the appropriate soundtrack for an evening at a football stadium. But from 1986’s PLEASE through 1993’s VERY, Pet Shop Boys made five wonderfully distinctive records, and have released eight pretty great albums since VERY’s high-water mark. They deserve to bask in the applause of a field and stands full of admirers, don’tcha think?

ACTUALLY, released in 1987, was the first hint that something special was afoot with this duo (Tennant and Chris Lowe). Their debut, PLEASE, yielded the big hit “West End Girls” and the smaller hit “Opportunities,” and this sophomore effort builds on those strengths.

The hits on the record are lovely bits of commercial pop. “What Have I Done to Deserve This” is a tale of desperation with a guest spot by the great Dusty Springfield, which had the added bonus of resurrecting Springfield’s career. “It’s a Sin” takes on the topic of guilt, Catholic and otherwise, setting the moodiness of the lyrics against an almost triumphant synth background.

The deep tracks are also top-notch stuff. “It Couldn’t Happen Here” is a lush ballad of uncertain love that crescendos beautifully as Tenant gives an understated vocal performance. “Heart” (a hit in the U.K.) is a dance floor-filling song of new love that could be the soundtrack of any number of chance moments of attraction. “Hit Music,” likewise, practically has a disco ball and laser lights attached to it. “It's all about love and it's about forgetting,” Tennant sings. “Choose a song when the night's too long.”

ACTUALLY is full of great songs and is well worth a fresh listen, on its own or as part of a deeper dive into the back catalog of one of the ‘80s’ great pop groups.