The One after the Big One: Phil Collins, … BUT SERIOUSLY 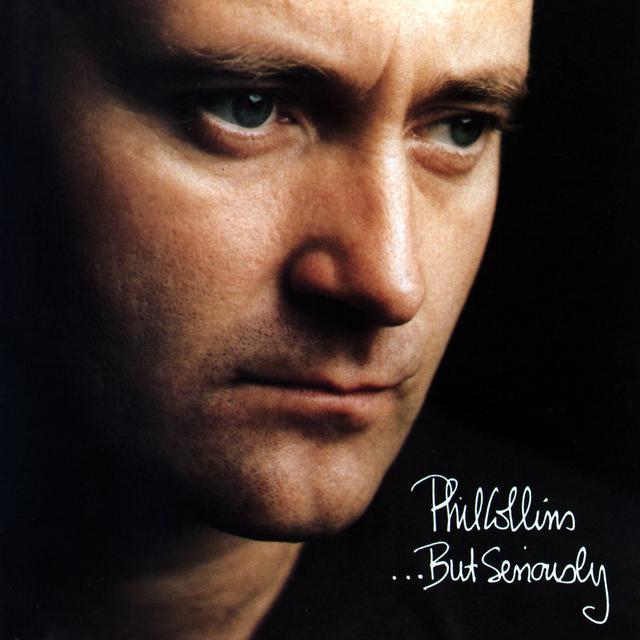 In the late '80s and early '90s, a cloud of uber-Sincerity (with a capital S) wafted into the pop consciousness and conscience. It was a big cloud—some of the biggest artists in the pop pantheon were not content to merely entertain their audiences; they were also moved to deliver messages through their songs. Some found this cloying, perhaps even silly, but it was hard to beat some of the results—think of Sting's "Fragile" or "They Dance Alone," U2's "Bullet the Blue Sky" or "Silver and Gold," or Peter Gabriel's transcendent live performances of songs like "Biko."

This was not new in pop music—what would we have done without Marvin Gaye's WHAT'S GOING ON or Sly & the Family Stone's THERE'S A RIOT GOIN' ON (not an answer record to Gaye's, but it might as well have been)? Bob Dylan, John Lennon, the Clash, Public Enemy—the history of rock 'n' roll, of R&B and certainly of hip-hop, were full of songs used as statements, taking stances on the political and social issues of the day.

Phil Collins' entry into message music was a surprise; this was the NO JACKET REQUIRED guy; the "She Seems to Have an Invisible Touch-ay" guy; the guy that made up the word "Sussudio" and convinced millions of people singing it along with him. But in the fall of 1989, when he released "Another Day in Paradise" as the first single from his fourth album, … BUT SERIOUSLY, it knocked listeners for something of a loop. The "Against All Odds" guy was singing about homelessness and income inequality, and even admonishing listeners to "think twice" every time the chorus came around. The uber-Sincerity bug had bitten him, and bitten him good.

Of course, the song made a beeline for the top of the singles chart, because it was an exquisitely produced pop song and he was Phil Collins. …BUT SERIOUSLY featured more of the issues on Collins' mind, like apartheid ("Colours"), Northern Ireland ("That's Just the Way It Is") and friction between upper and lower classes ("Heat on the Street"). Collins' earnestness was doubtless authentic, but an entire record of such commentary would have just as doubtless disappointed a great many people

That's why Collins also supplied the album with relationship songs—his stock in trade outside of Genesis (and, increasingly, inside it as well). The transcendent "Something Happened on the Way to Heaven"—one of his four or five best solo moments—is present in all its brassy glory. Eric Clapton's wonderful guitar work on "I Wish It Would Rain Down" adds blues to Collins' pathos. "Do You Remember" is a classic Collins weeper, and "Find a Way to My Heart" surrounds its plea for connection with "Take Me Home"-like percussion.

…BUT SERIOUSLY might have seemed a bit heavy for the "Billy Don't Lose That Number" guy, but it shows Collins perfectly adept at addressing matters of the world as skillfully as he addressed matters of the heart.