THE ONE AFTER THE BIG ONE: Ratt, INVASION OF YOUR PRIVACY 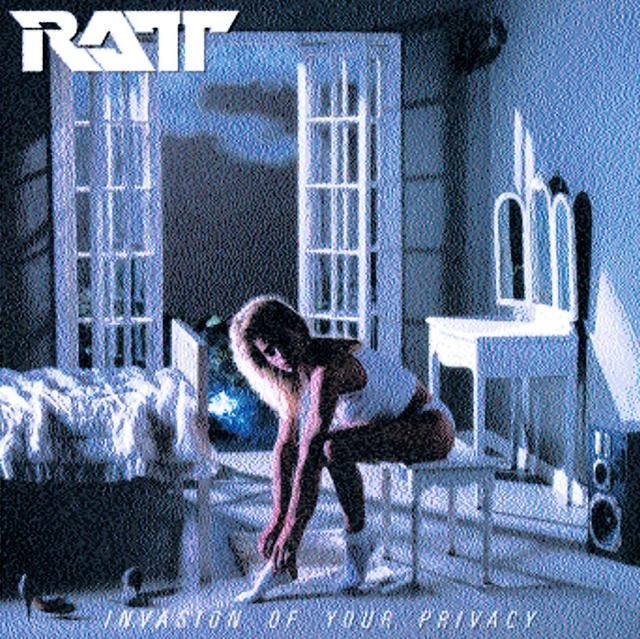 With their debut long-player OUT OF THE CELLAR all over radio and MTV in 1984, Ratt had gone from being Sunset Strip superheroes to something bigger – a loud and proud American rock band that had jumped into national commercial consciousness as arena-ready conquerors. Whether onstage at increasingly larger concert venues, or backstage at the parties they’d throw after the show was done, they could more than hold their own, placing them in a rarefied spot – they were musicians everyone had to respect, and hellions that hotels and arenas had to be ready to clean up after.

It was the former bit of that reputation that the band carried over on their second LP, 1985’s INVASION OF YOUR PRIVACY (the latter would come eventually, on the tour supporting the record). With CELLAR producer Beau Hill once again in the studio control room, sparks flew, and the band put together a follow-up just as strong as their initial hit.

First single “Lay It Down” pretty much provided the template for the proceedings – take a killer guitar riff, bring in drums that sound like Howitzer rounds, then let singer Stephen Pearcy do his thing. Vaguely filthy verses beget a massive chorus – rinse and repeat until it’s time for the guitar solos. Bring it home with a few more choruses and bask in the praise of the 20,000 people standing in front of you, or the two million who are blasting your music in their cars and bedrooms and through their Walkman headphones.

Pearcy was one of the great frontmen of his era, with a voice and presence both toxic and intoxicating. Hear how he slides and shouts around the verses in “Between the Eyes” – he’s both sexy and menacing, simultaneously. There’s also the way he clips his phrasing in the chorus of “Dangerous but Worth the Risk,” leaving room for background voices to thicken the sound; it’s a great way to sound big in any room

A word about the guitar playing in the band – few bands at the time could pull off the same kind of twin-axe attack that Ratt had, and nobody else had Warren DiMartini playing for them. Though Robbin Crosby was a solid soloist, he served as a capable complement to DiMartini, whose job it was to light things on fire. “You’re in Love” is a great example of this, as DiMartini slips out from the song’s main riff and uncorks a roof-shaker of a solo, with equal parts speed and precision.

Eventually, Ratt sunk into intra-band squabbles, drugs, and egos that left them ‘Behind the Music’  poster boys. For a season in the mid-’80s, though, Ratt was on top, and INVASION OF YOUR PRIVACY shows you why.

Metal March 1984: Ratt Release OUT OF THE CELLAR
THIS IS THE ARTICLE BOX TEMPLATE