The One after the Big One: Replacements, ALL SHOOK DOWN 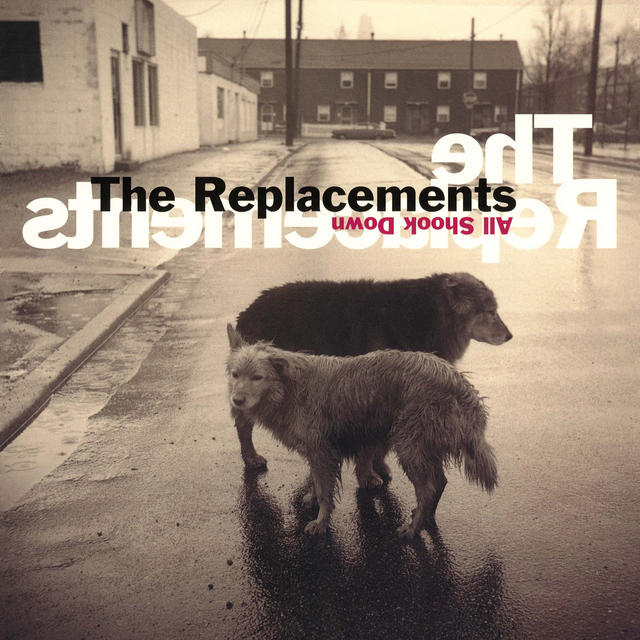 Ah, the Replacements. It’s difficult to think of a band that ended sounding so much more different than they sounded when they began. From their snotty, shambolic 1981 debut, SORRY MA, FORGOT TO TAKE OUT THE TRASH, the band cut a path through punk clubs, rock clubs, theater stages and television studios, slashing and burning as they went, sometimes kind of sober, but most times not. By the time they ground to a halt with ALL SHOOK DOWN, they seemed spent, physically and emotionally, though not creatively. Not by a long shot.

Legend has it that ALL SHOOK DOWN was supposed to be frontman Paul Westerberg’s solo debut, which explains the preponderance of session players on the record, particularly drummers (Chris Mars played on a few songs and quit the band before the tour supporting the album had started). In fact, the album does sound more akin to Westerberg’s actual first solo album, 14 SONGS, than it does classics like LET IT BE or TIM, or even DON’T TELL A SOUL, the modest hit album that preceded it; for one thing, it’s a largely quieter record, with a different kind of energy than the band had at their peak.

There are some crunchy, rocking moments on the album. “Merry Go Round,” which kicks off the record, is quite guitar-forward, though the song’s pace is slower than such dynamics would usually portend. Concrete Blonde singer Johnette Napolitano duets with Westerberg on the loose “My Little Problem,” and provides him with exactly the foil he needs. “One Wink at a Time” has some of Westerberg’s best wordplay, set against a cracking rhythm section, and even a saxophone.

But the acoustic guitars are front-and-center for much of the record. The wistful “When It Began” looks back at a relationship in the rear-view mirror — it could be a lover; it could be a band; it could be both. “Sadly Beautiful” and the title track, however, are real highlights — quiet and dour, with a hushed, late-night vibe, as though there were people in the room Westerberg didn’t want to wake as he spun his tales.

ALL SHOOK DOWN is a collection of terrific songs by a band starting to come apart. If you’re open to those songs, they’ll stay with you for a long, long time.