The One after the Big One: Talking Heads, LITTLE CREATURES 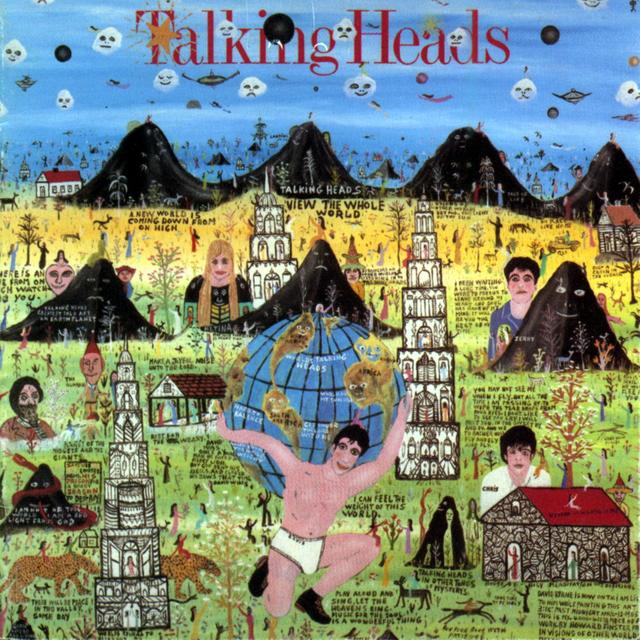 Long considered one of the most innovative and critically acclaimed American bands, Talking Heads also became among the most popular, with the commercial breakthrough of 1983's SPEAKING IN TONGUES and the tour that supported it (captured on the STOP MAKING SENSE film and soundtrack). In the wake of those twin successes, fans and other curious listeners alike wondered what the band would do to follow them up—what kind of polyrhythmic adventures or avant-garde explorations would David Byrne and company make just palatable enough to reel in the MTV kids and their older, college-bound siblings?

As it turned out, Talking Heads made a move that was probably the strangest thing they could have done—they made an album of lyrically straightforward, instrumentally conventional songs on 1985's LITTLE CREATURES. Gone were the looped grooves and African influences of REMAIN IN LIGHT and even the arty funk of SPEAKING IN TONGUES; they were replaced by the country shuffle of "Creatures of Love," the more traditional rock rhythm of "Walk It Down," and songs that served as fitting audio accompaniment to exciting visuals, as they much as they did exciting FM listening.

The video for "And She Was," for example, was a brilliant bit of Terry Gilliam-like animation that perfectly suited the song's tale of a levitating woman, observing her neighborhood from "up above the yard." The music was a pinpoint execution of modulations, harmony and Byrne's skittering exuberance.

"Road to Nowhere" takes its gospel inflections to a carnival made of sound, complete with a martial beat and carousel organ and accordion. It's one of the best album closers in Talking Heads' catalogue, and its accompanying video was a mélange of visuals, animation and miniature character studies, the likes of which the band would explore more fully in the film and album project TRUE STORIES (1986).

Whether the material on LITTLE CREATURES showed a more conservative band emerging from its success, or whether the more orthodox approaches to the music were simply what the songs called for, that music and the videos the band created led the public to embrace Talking Heads in a manner all but unimaginable at their late '70s, CBGB beginnings. Any way you slice it, the Talking Heads were snuggly ensconced in the pop mainstream, a position it would embrace for a few more years, before dissolving entirely.