The One after the Big One: Van Morrison, HIS BAND AND THE STREET CHOIR 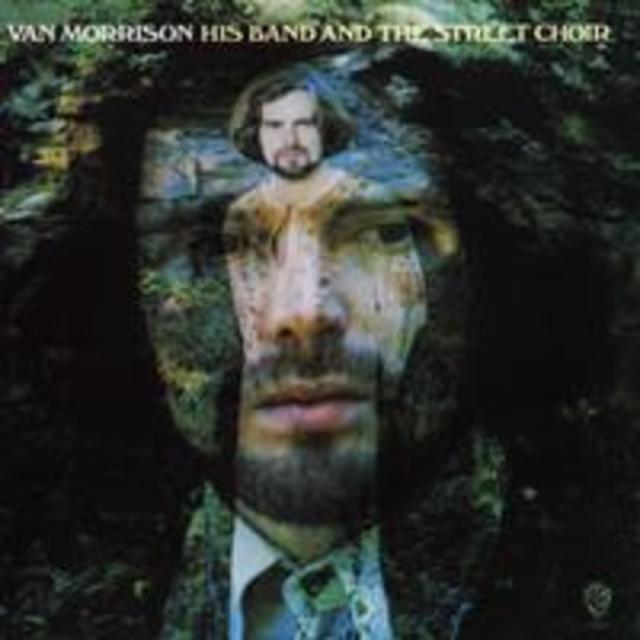 There was something in the water in upstate New York in the late ‘60s and early ‘70s; maybe something in the air, too. The music that emanated from that area in that time frame was exquisite, and it wasn’t just the Woodstock festival that was responsible. Artists like Bob Dylan and the Band, Todd Rundgren, Jesse Winchester, Felix Cavaliere and others had conceived, written and/or recorded some great records in and around the fertile greenery a couple hours north of Manhattan.

Van Morrison did, as well. Having escaped a stifling contract and hardscrabble music scene in Boston, where he lived in the late ‘60s, Morrison went on to record ASTRAL WEEKS (an expansive classic, but commercial disappointment) and MOONDANCE (a focused, soulful classic and immediate hit) in New York. The upstate had provided considerable inspiration for MOONDANCE’s songs, and for the follow-up, late-1970’s HIS BAND AND THE STREET CHOIR, Morrison once again used the idyllic setting to fuel his muse.

The resulting triumph was immediate. “Domino” – that skittering slice of Irish R&B that is to this day Morrison’s highest-ranking chart hit – kicks off the record in fine form, from its truth-declaiming verses to that stomper of a chorus. “Roll me over, Romeo!” he shouts, and though no one really knows what he means, everyone sings along. The straight-up soul continues with “Call Me Up in Dreamland,” a sprightly declaration of the power of music, on which Morrison encourages, “Well let your river roll / A way down in your soul / Never to grow old / On the saxophone.” Music keeps us young, he seems to say, and it’s hard to argue when your toes are tapping.

“Blue Money,” another hit off the album, crackles with a wordless refrain and a fine group of background vocalists (the “Street Choir” of the album’s title, perhaps). Morrison amps up the blues with “Sweet Jannie,” on which he tries to woo a lass he fancies, as well as “Give Me a Kiss,” a blues shuffle on which he keeps on wooin’, albeit with a bit more specific a request of said lass.

One obvious point about HIS BAND AND THE STREET CHOIR is the minimization of the jazz influences that informed MOONDANCE. In their place is an almost folkish approach that winds through songs like “Crazy Face,” “Virgo Clowns” (Morrison’s initial title for the album), and, most impressively, “I’ll Be Your Lover Too.” On the latter, guitarist John Platania’s acoustic playing  provides almost a second voice, answering Morrison’s lines with arpeggios and little solo runs that provide the perfect complement to the great man’s voice.

HIS BAND AND THE STREET CHOIR might not have sold as many copies as its predecessor, but it was and remains a great record on its own merits, a real jewel in the Van Morrison discography.

His Band and the Street Choir (Expanded and Remastered)