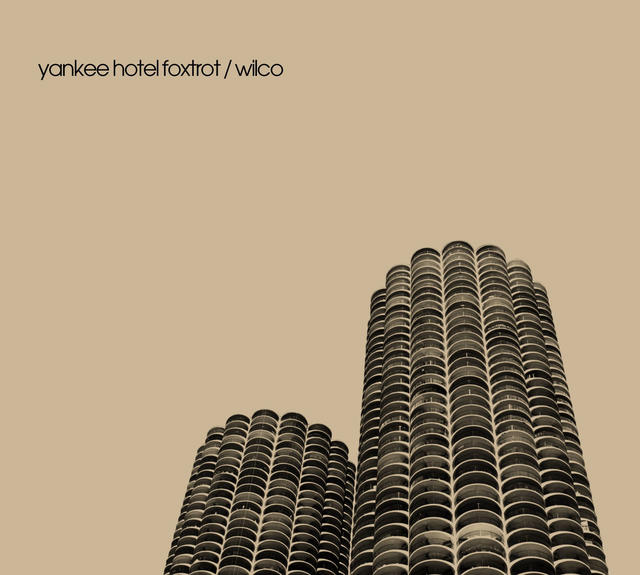 16 years ago today, Wilco released their fourth studio album for the second time…and if the preceding information leaves you mystified, then you’ll definitely want to keep reading, if only so that you’ll understand what the heck we’re talking about.

Way back yonder in 2000 when Wilco was in the midst of touring behind MERMAID AVENUE VOL. II, frontman Jeff Tweedy met up with musician / producer Jim O’Rourke to perform at the Noise Pop festival in Chicago, and let’s just say that some serious musical magic went down during their course of this encounter. Fast forward a few months to when Wilco entered the studio with engineer Chris Brickley to record their fourth studio album: Tweedy found that he and drummer Ken Coomer didn’t share the same musical vision for the band’s new material, resulting in Coomer being replaced by Glenn Kotche, after which the band decided to let O’Rourke mix the album. Before that happened, however, there was some severe head-butting between Tweedy and bandmate Jay Bennett, and in the wake of the album’s completion, Tweedy decided that it was time for Bennett to bid adieu to the band.

Now we fast-forward again to the unfortunate moment when – in the wake of AOL merging with Time-Warner – Reprise Records decided not to release YANKEE HOTEL FOXTROT. At first, it looked as though Wilco was going to have to fork over $50K to keep the rights to the album, but Reprise ultimately gave them the rights to the album for free. Rather than wait until they had a new record label to release their album, however, Tweedy decided to start streaming the album on their official website starting on September 18, 2001, a savvy move which provided Wilco with a ton of free press and resulted in eight times the normal amount of traffic to their website on the initial day of streaming. Meanwhile, as the fans enjoyed the music, Tweedy began a quest to find the right label to officially release the album.

After finally settling on the Warner subsidiary label Nonesuch Records, Wilco released YANKEE HOTEL FOXTROT on this day in 2002, which led to the band hitting #13 on the Billboard 200 and earning them a gold record. Unsurprisingly, the album was also a critical success, and it regularly appears in the upper reaches of lists of the Best Albums of the 2000s, as well it should.

Happy Anniversary: Wilco, A.M.
THIS IS THE ARTICLE BOX TEMPLATE