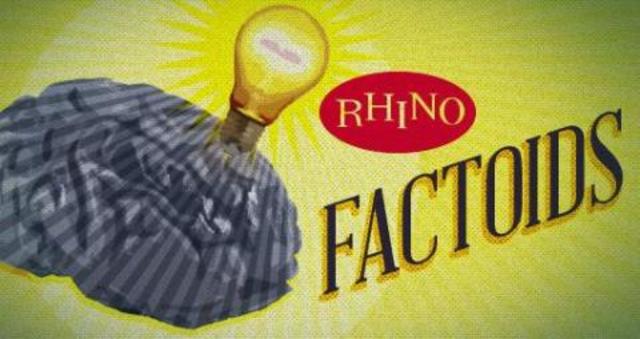 37 years ago today, the short, tumultuous career of Sid Vicious came to an abrupt close, ending in a fashion which surprised no one, although it’s certainly no less sad for that.

Vicious – who was born John Simon Ritchie on May 10, 1957 in Lewisham, England – lived a life which was chaotic from the very beginning: his father walked out on his mother, Anne, not long after he was born, and although his mother got remarried in 1965, her new husband died of cancer a mere six months later. After moving around several times in Vicious’s youth, Anne finally settled in Hackney, in east London, where Vicious attended the local technical college. It may not have paid off academically for him, but it’s hard to say it wasn’t a successful endeavor for him, as it’s where he first met a fellow student named John Lydon.

Vicious’s music career began in 1976 as a member of a band called The Flowers of Romance, but he also played drums for Siouxsie and the Banshees at their first gig, and it’s been said that he was in the running for lead singer of The Damned, but he fell out of contention when he failed to show up for the audition. After Glen Matlock left the Sex Pistols in February 1977, Vicious – who’d attended more or less every Pistols gig ever – ended up joining up as the band’s new bass player, performing his first gig with them on April 3, 1977. As he’d never played bass before and wasn’t terribly good at it, it would be fair to say that it led to a rather anarchic sound, and his presence both on and off the stage tended to echo that. (Mind you, it didn’t help that he was knee-deep in drug abuse as well.)

By the time the Pistols headed out on their first – and, as it turned out, last – American tour, Vicious was also in the midst of a relationship with a heroin-addicted American groupie named Nancy Spungen, and although she wasn’t with them on the tour, her presence was still felt strongly, thanks to Sid’s inability to stay off heroin. The band broke up after performing at the Winterland in San Francisco, and Sid went solo, recording covers of “My Way,” “C’mon Everybody,” and “Something Else,” all of which turned up on the soundtrack to the Sex Pistols’ film, The Great Rock ‘n’ Roll Swindle, but as far as Vicious’s solo career, the fact that Spungen served as some approximation of his manager probably tells you all you need to know about why it failed to take off in any significant way.

Not that things hadn’t been spiraling downhill for Vicious for quite some time, but everything fell apart on October 12, 1978, when he woke up to find Spungen dead, stabbed with his knife. Whether he killed her intentionally, incidentally, or had nothing to do with it at all has been debated ever since the incident took place, but the end result is the same: she was gone, and Vicious wanted to join her. He attempted suicide less than two weeks after her death, and he lived a rock ‘n’ roll lifestyle in the worst possible way for the next few months, ultimately getting himself arrested on December 9 after attacking Patti Smith’s brother, Todd, at a New York dance club. On February 1, he was released, thanks to Virgin Records paying the bail bond. (Lydon confirmed some time later, Vicious’s lawyer was quietly paid for by Mick Jagger, of all people.)

To celebrate Vicious’s release, a get-together was held at Vicious’s girlfriend’s apartment, with some of his friends in attendance as well as his mother. Despite spending much of the evening talking about plans for the future, the now-clean Vicious promptly asked someone to have some heroin sent over. By midnight, he had overdosed. At some point in the wee hours of the morning, he died.

In celebration of Vicious’s life, short though it may have been, we present a single song: “Bodies.” Why? Because it’s literally the only song on Never Mind the Bollocks, Here’s the Sex Pistols that he played on, and even at that, Steve Jones doubled him to cover his limited bass ability. Granted, by the time the Pistols played that final gig at the Winterland, he’d actually gotten to be relatively competent on his instrument, leading some to wonder where his career might’ve gone if he’d actually had a chance to take it seriously and do so without being under the influence of anything. Alas, the world will never know.

Bodies
THIS IS THE NODE PLAYLIST BOX TEMPLATE