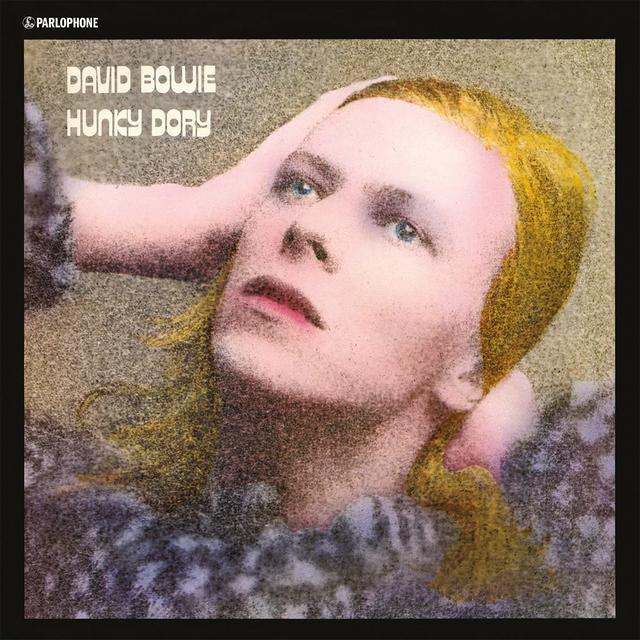 A streaming single "Changes (2021 Alternative Mix)" is available now and has been mixed from the original multi tracks by Hunky Dory producer Ken Scott. Of this new mix, Scott says, "The new version of 'Changes' is a fresh look at Bowie's classic. When listening to the original multi-track I discovered a few things that I had eliminated from the original mix and also a completely different sax solo at the end. It was those things that led me to try a new mix, trying for a slightly harder, more contemporary edge to it." Listen to it below.

On January 7th, 2022, one day before Bowie's 75th birthday and 50 years to the day since the U.K. release of "Changes" as a single, Hunky Dory will be issued as a limited edition 50th anniversary picture disc, featuring the 2015 vinyl remaster and a poster featuring the annotated back cover image of the album. The picture disc is available now for pre-order at RHINO.com.

Although now widely acknowledged as one of the best albums of all time, Hunky Dory didn't make a dent on the U.K. album charts upon its 1971 release. It wasn't until August 1973 that it finally peaked in the U.K. top 5 in the wake of a reissue of "Life on Mars?" following the 1972 release of Bowie’s breakthrough album The Rise and Fall of Ziggy Stardust and The Spiders from Mars.

"Changes" was never a top 40 hit in the U.K., although it did peak at 41 in the U.S. Billboard Hot 100 in 1975. It has long since stood alongside "Life on Mars?" as one of the several beloved Bowie classics featured on Hunky Dory, which also include "Kooks," "Queen Bitch," "Oh! You Pretty Things," "Quicksand," and "The Bewlay Brothers."